Rawai beachfront in the South of Phuket 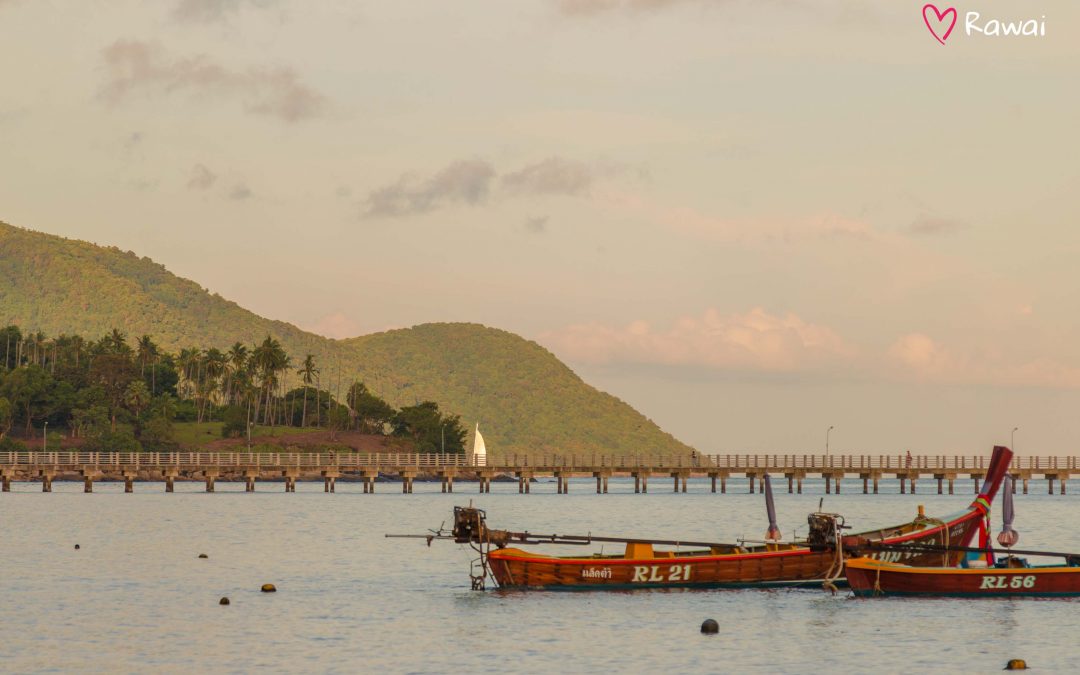 Rawai beachfront along more than one kilometer. This is a pier, cutters for traveling’s to the Rawai islands, seafood mart and a lot of restaurants, cafes, markets and the biggest kids park on the south part of the island. Visiting card of Rawai beachfront is the coast where is a lot of long tails so called boats-taxi. According to the location and low tides this coast became a parking for cutters and the starting point for traveling’s to the Rawai islands, visiting which will takes a few vacations. 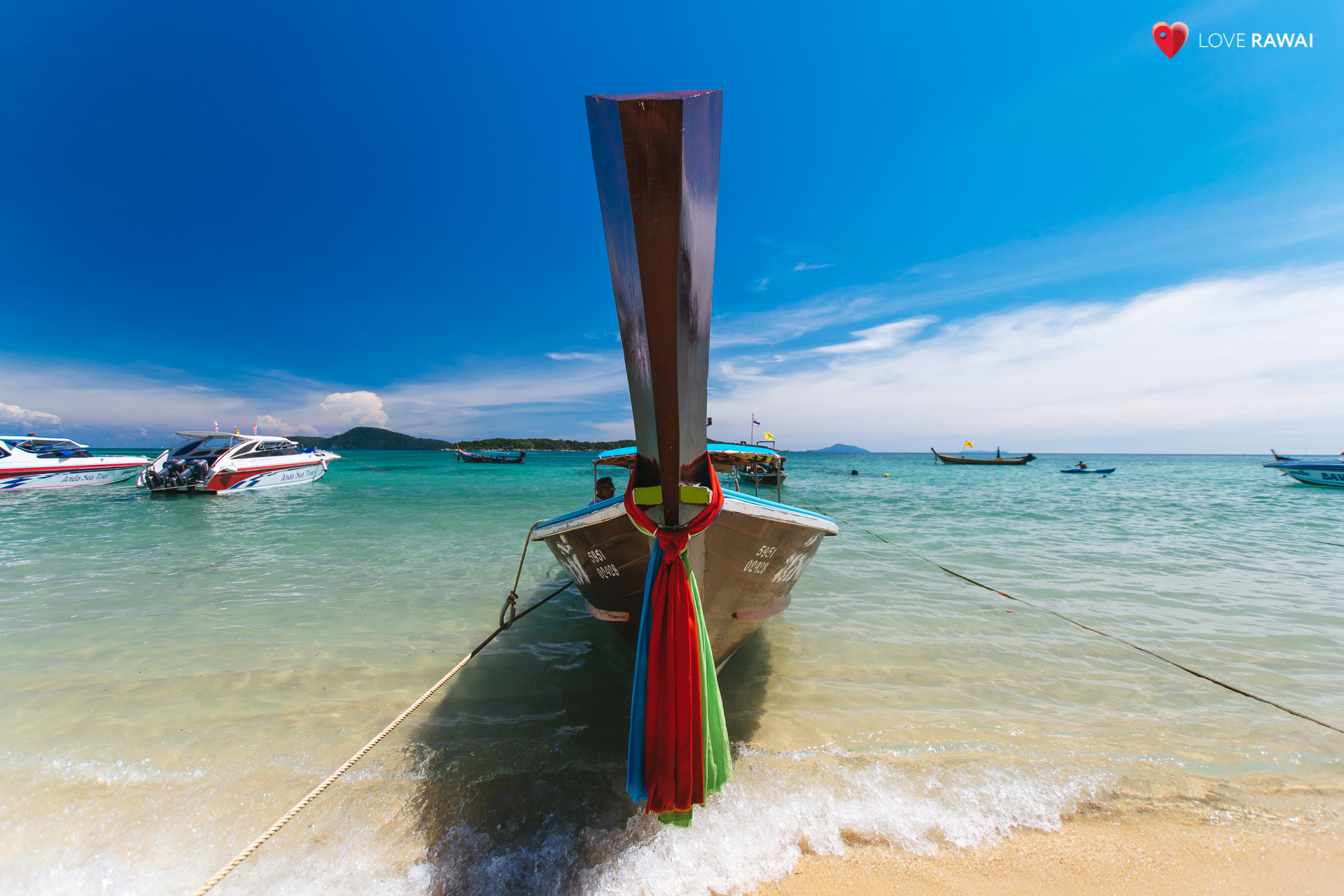 The meeting with South Phuket just does not seem to be without visiting of islands. The magical part of the journey is very affordable. You don’t have to buy a tour. You just need to go to the beachfront and Thai people will offer you a lot of variants.
If you want to start from the nearest island Koh Bon so in 15 minutes the boat will takes you to the small island with three beaches and all of them are different. There are three beaches: mini bay, where you can get only when it low tide; the beach with abandoned hotel, and the beach with Thai food restaurant. 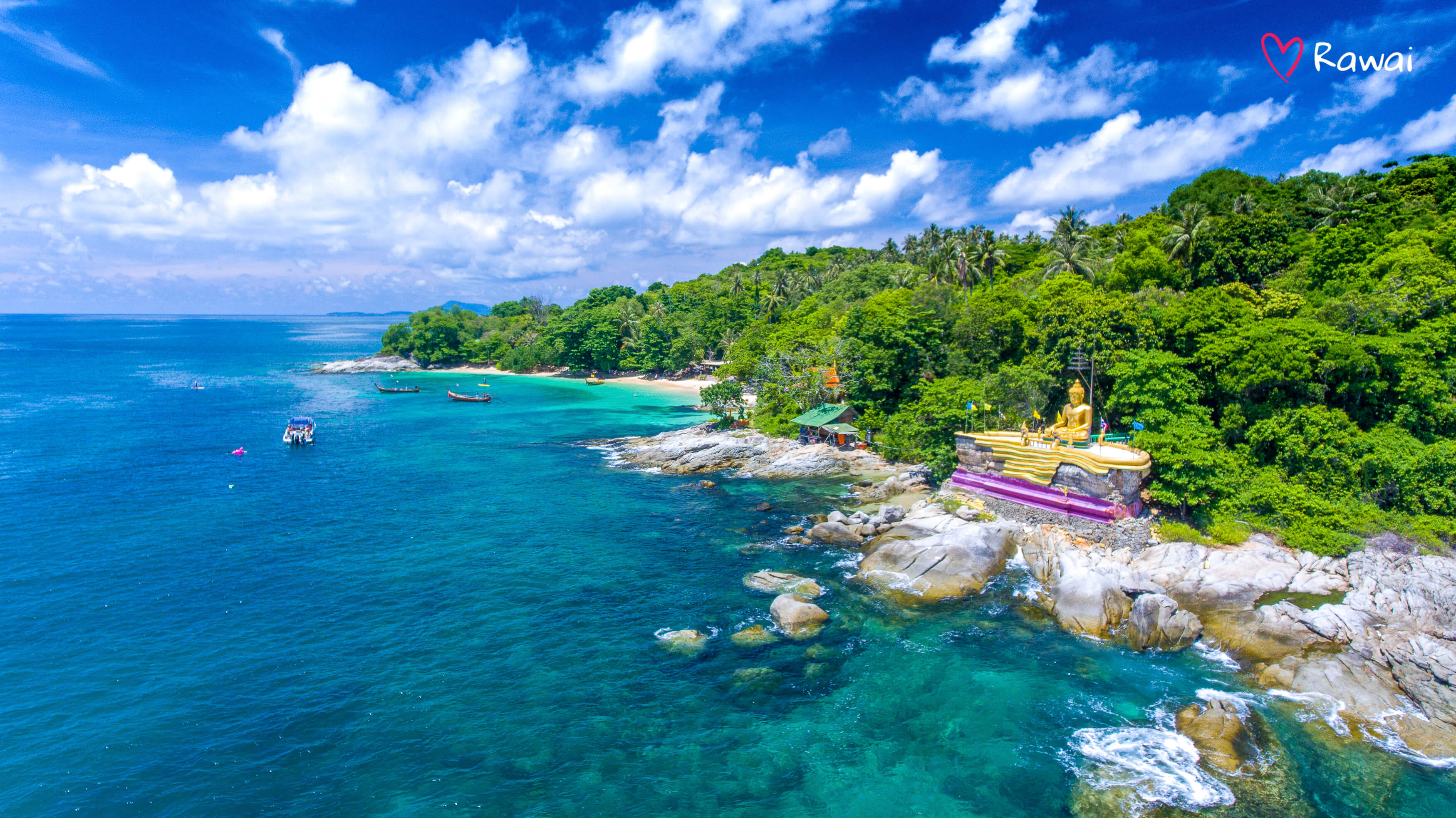 Ko Kaeo Yai is a unique island because of its shape, ideology and location just in the heart of Rawai. On the island erected a figure of Buddha where is always living a monks. That’s why you can visit it only like in an excursion format without having some rest on the beach.

If you are dreaming to visit Maya Bay, which will take a few hours on a speedboat and the possibility to be in a crowd of people is 100%. You will not like such a perspective like that but the alternative not inferior the natural talent, much closer such islands like Racha. On Racha you can stay for a few days, you can rent a villa or bungalow. 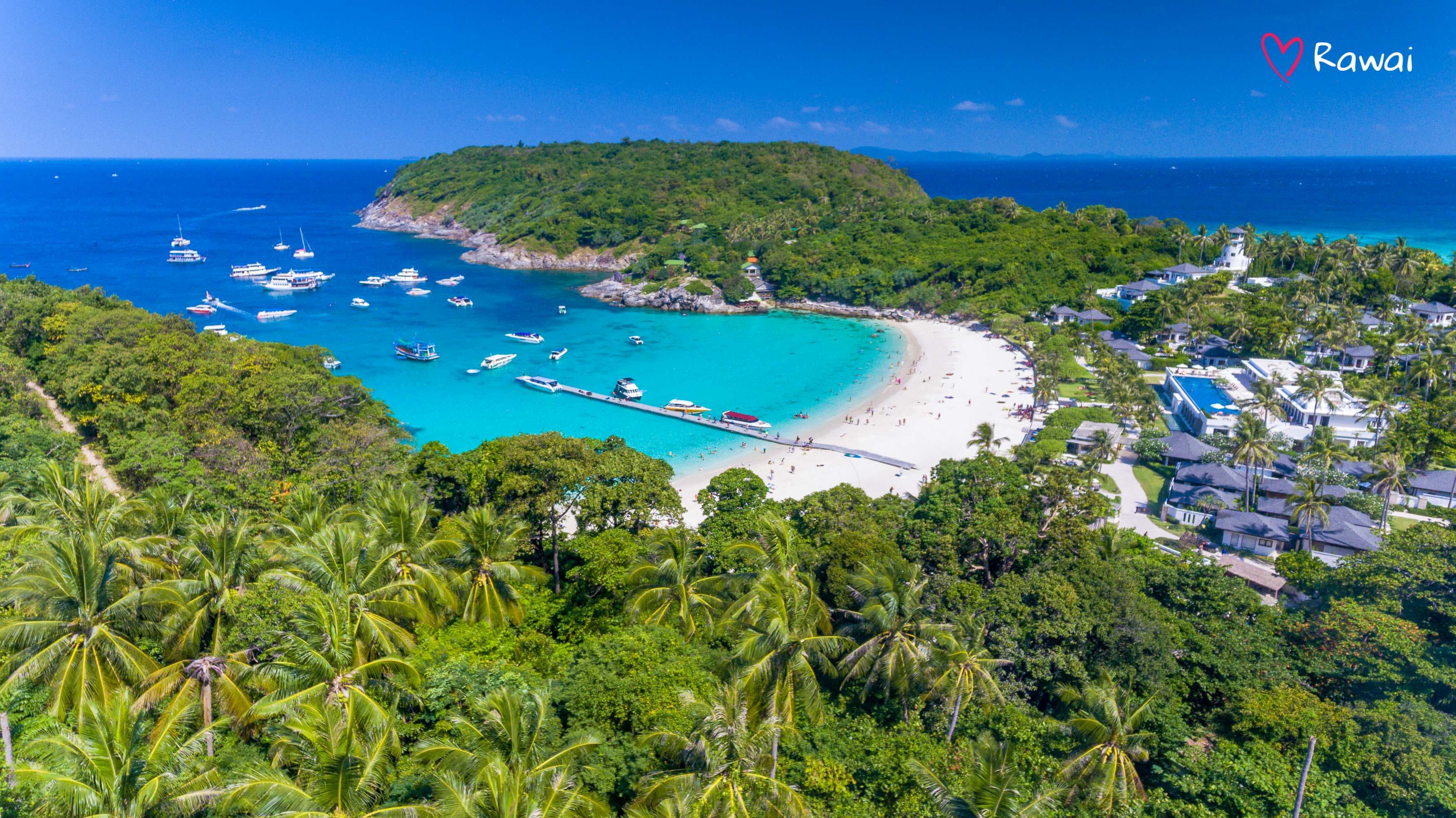 Cafes and restaurants at Rawai beachfront in Phuket

We start from the raciest place, from the sea food mart and fresh fish. The mart is a part of the sea gypsies’ colony, which was here for a long time ago, they occupied a coast for living there. 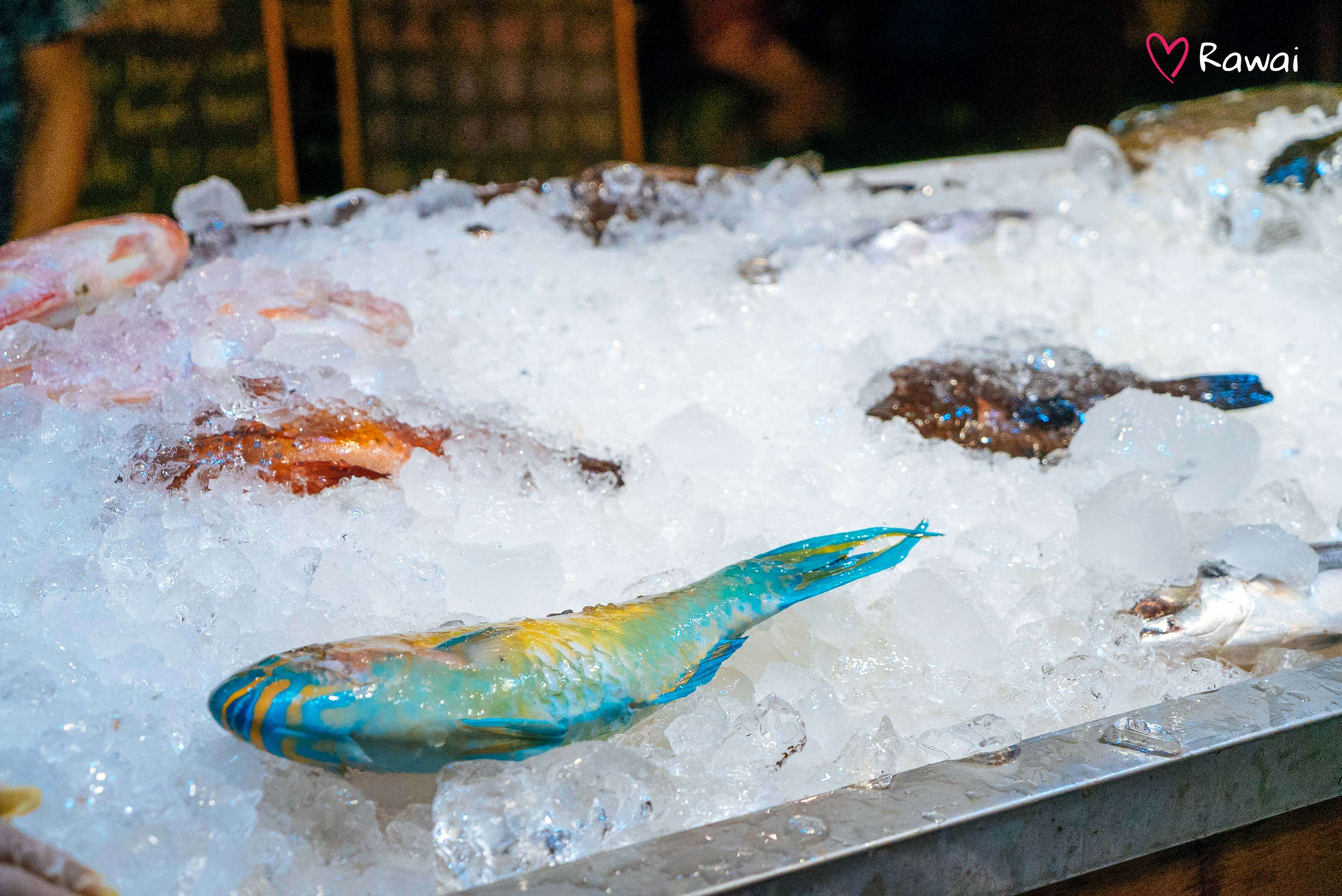 The peculiarity of this mart is that from the one side of the boat with sea food you can choose something to buy and from the other side there is a café where they can cook all that you already bought. It is very comfortable. In the end you will get a very fresh dishes which cooks very fast and served with rice and drinks.

If breakfast is the main part of your day you should visit the bakery Flints one bakery or Salad memory where they serve the curd pancakes! The curd for island is a big rarity, but Thai people trying to do and to try something new. In menu there are another sets of breakfast, sandwiches, salads. It is a good for a baby food. 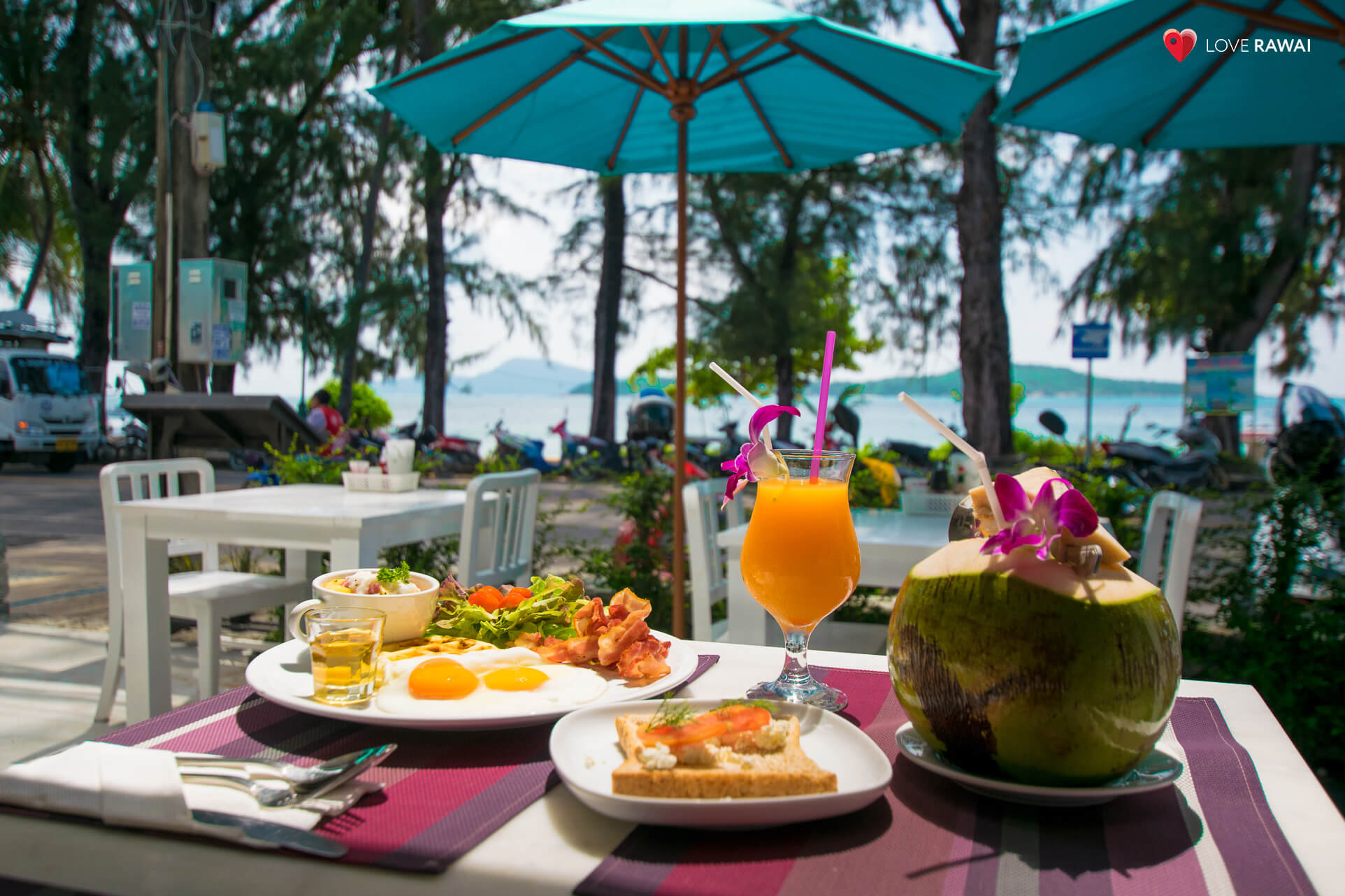 Also we would like to recommend such places like Nikitas. It is the main restaurant with Thai and European cuisine on the beachfront. Located on the coast with the view on the pier in the shadow under the huge trees. Stakes and wine cart – is Mando restaurant. If you want to eat some burgers or to grab some beer you have to go to the Flip Side.

Rawai beachfront became a wide place for a rest with family and kids after opening of Kids Park in 300 meters from beachfront. Rawai Park has taken the love of kids because of play areas:

Rawai Park is located on territory of Rawai VIP Villas – villas with private swimming pools and hotel service. If you are planning the journey to Phuket, it will be useful for you to explore the South part of the island The best place to stay in Rawai, Phuket?

Discover for yourself Rawai district on the new, fall in love with South Phuket just like me!