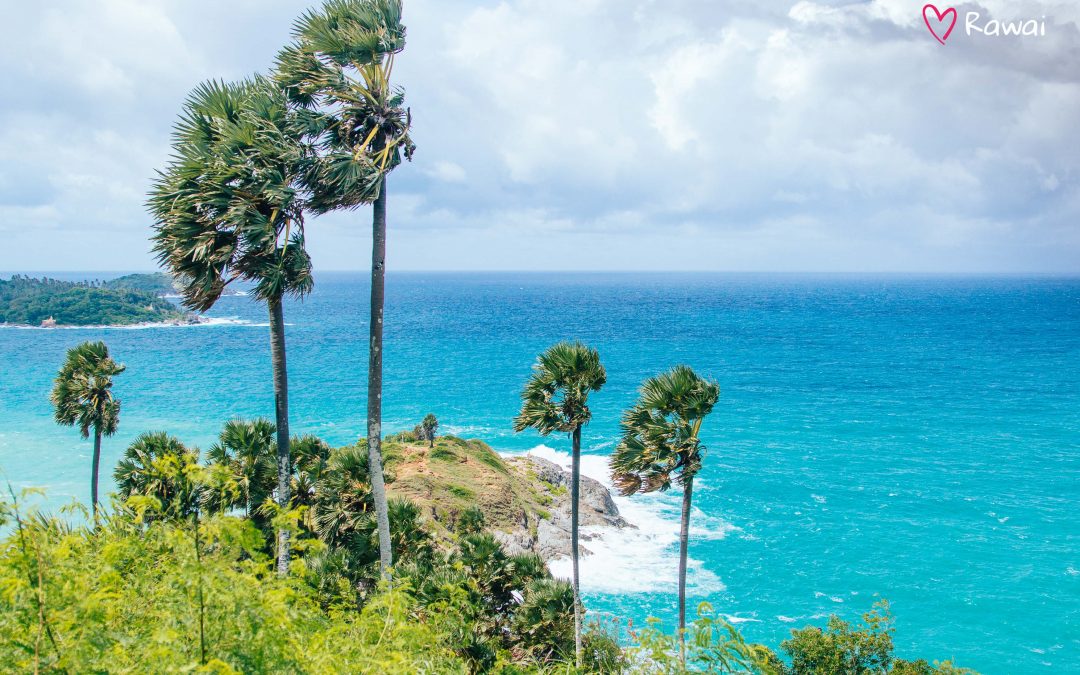 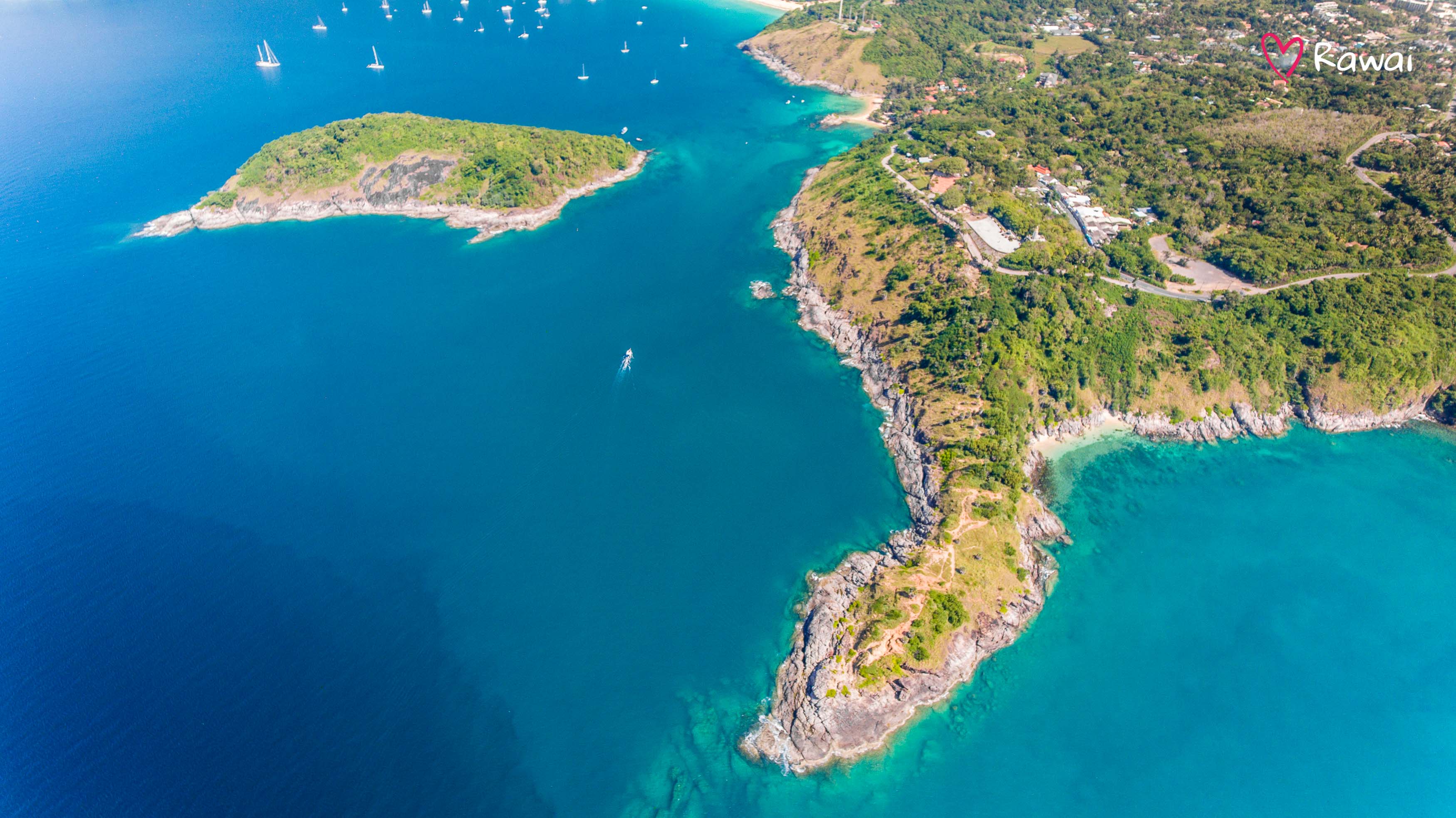 The name Promthep comes from “Prom” – it’s a Hindu god who symbolizes purity and creativity, and “Thep” means a God in Thai. Local people from villages called Promthep Cape “Leam Jao” or “Cape of God”. Promthep Cape was a guide for sailors traveling between the Malay Peninsula and the West centuries ago. A panoramic view opens from the viewpoint: you can see Cape Panwa and Chalong Bay with small islands.

On a clear day you can see Phi Phi islands, located 48 km from the islands Koh Racha Yai and Noi. 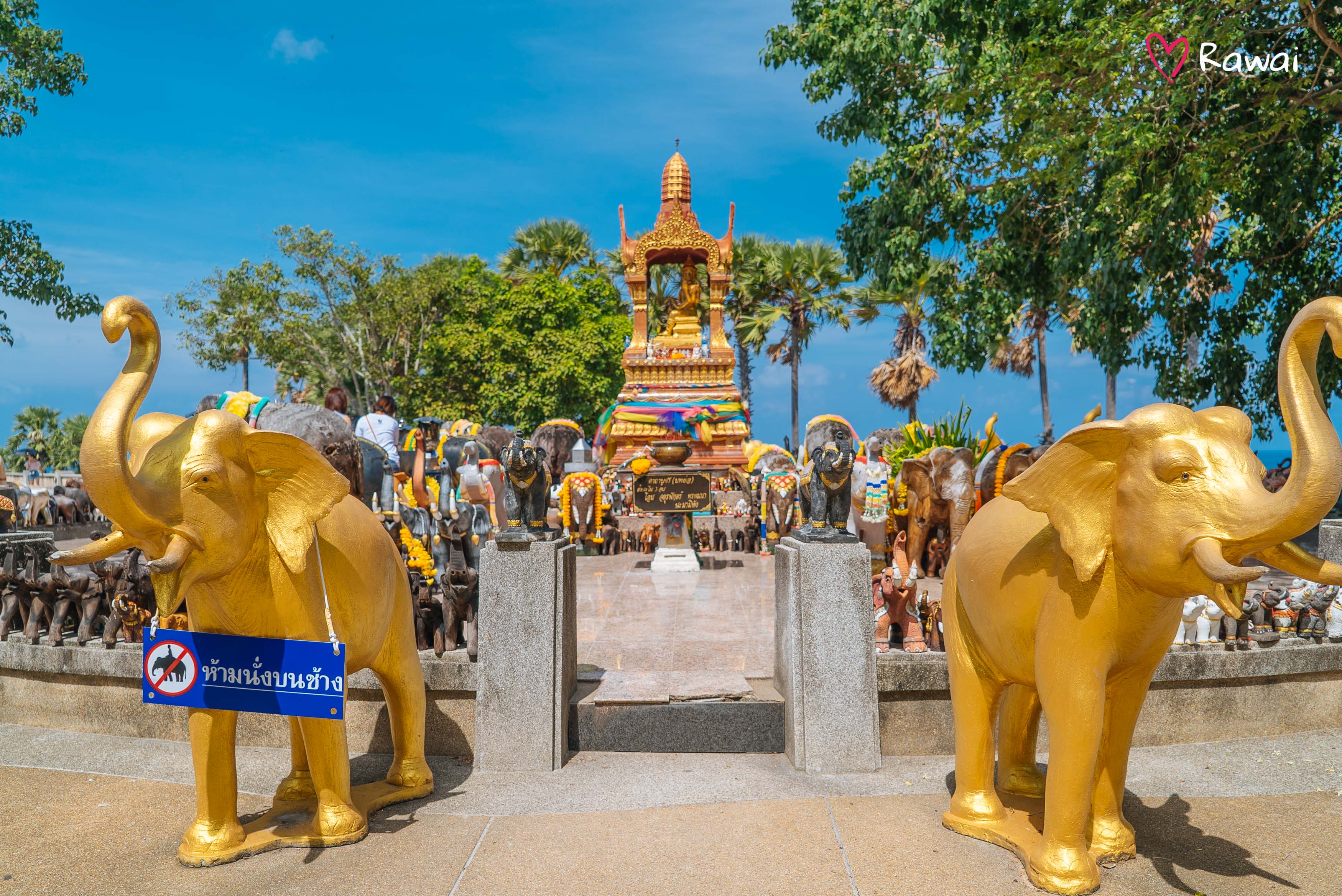 Near the viewpoint, on the top of the hill you can find the Buddhist Altar and a lighthouse with a small maritime museum. The Altar is dedicated to Brahma, the Hindu God of Creation, and it is surrounded by a large number of elephants’ carvings. All elephants are of different sizes. The elephant is a step for Brahma, as well as a symbol of longevity. Believers bring elephant carving here as an offering to God or to make their wish comes true. There is a parking lot at the viewpoint with a plenty of shops with food, drinks and souvenirs. There are also several restaurants and cafes on the cape.

Windmill viewpoint in Phuket — must-seen place in the island 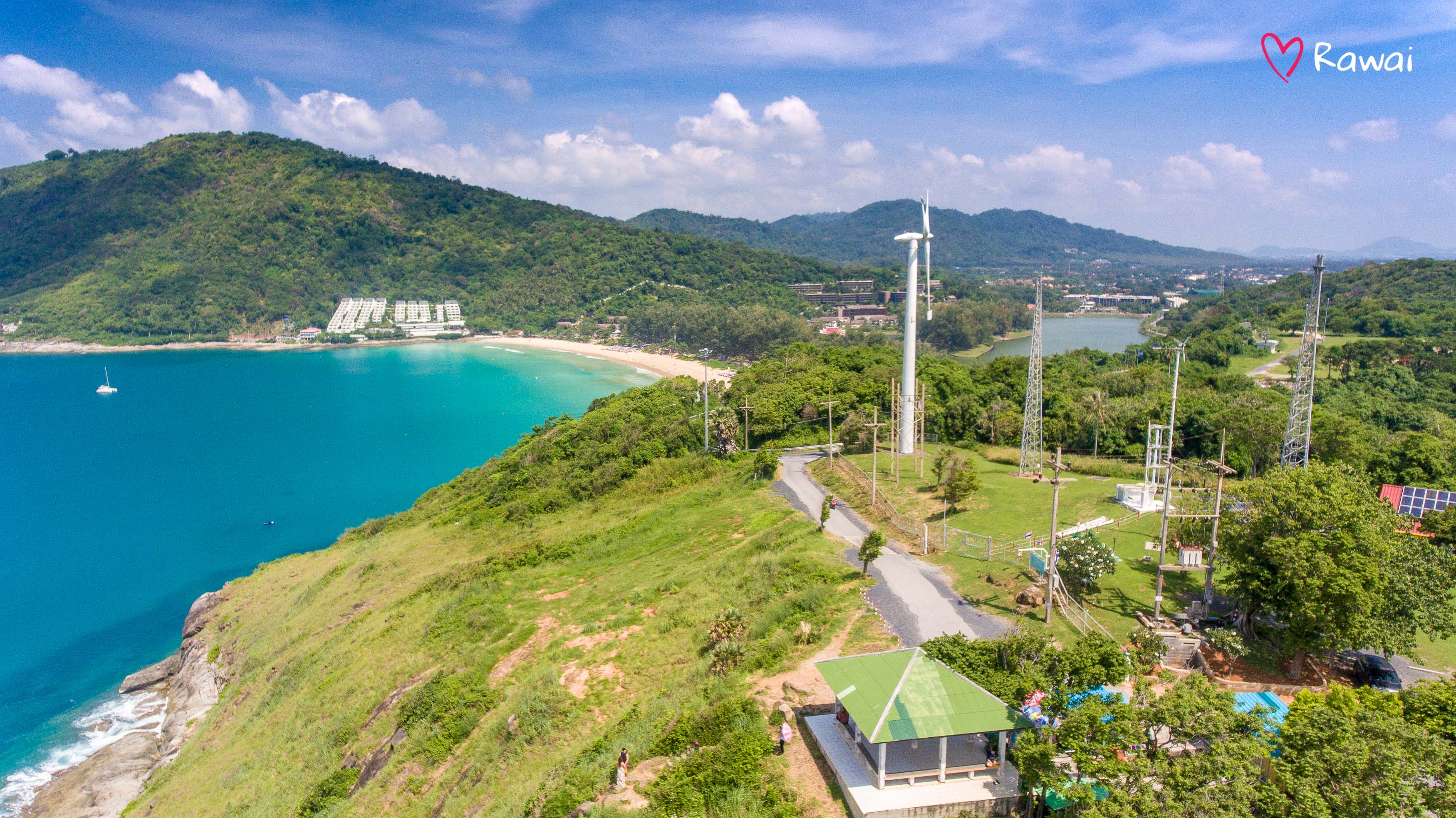 Near Promthep Cape there is another viewpoint for those who prefers quiet secluded places – viewpoint with windmills, or Windmill viewpoint. It’s located on a hilltop, next to an electrical power station producing electricity from the alternative sources: wind generators and solar panels. There is a small gazebo on the viewpoint with a picturesque panoramic view of the Yanui and Naiharn beaches, the small island of Koh Man, the Andaman Sea and boats passing by. Beautiful view, good wind and the lack of crowds attract paragliders who add colors to the Windmill viewpoint.

Karon viewpoint — the most famous in Phuket 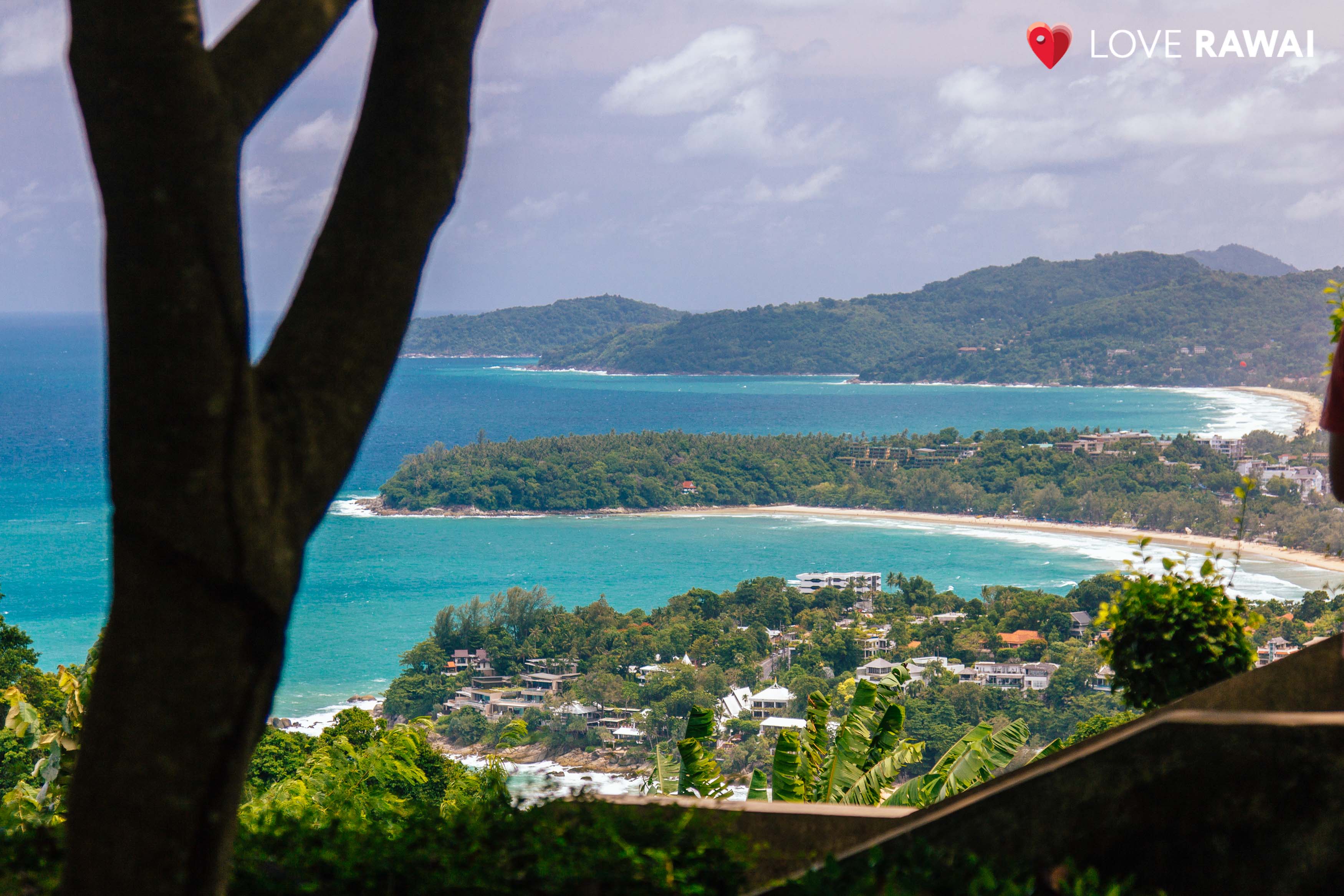 On a winding hilly road, halfway between Nai Harn and Kata Noi beaches you can find the Karon viewpoint, also known as the Viewpoint of three beaches. Spectacular view to Kata Noi, Kata and Karon beaches and the endless Andaman Sea can be seen here. There are several restaurants and cafes not far from the viewpoint where you can enjoy refreshing drink with the sunset view. 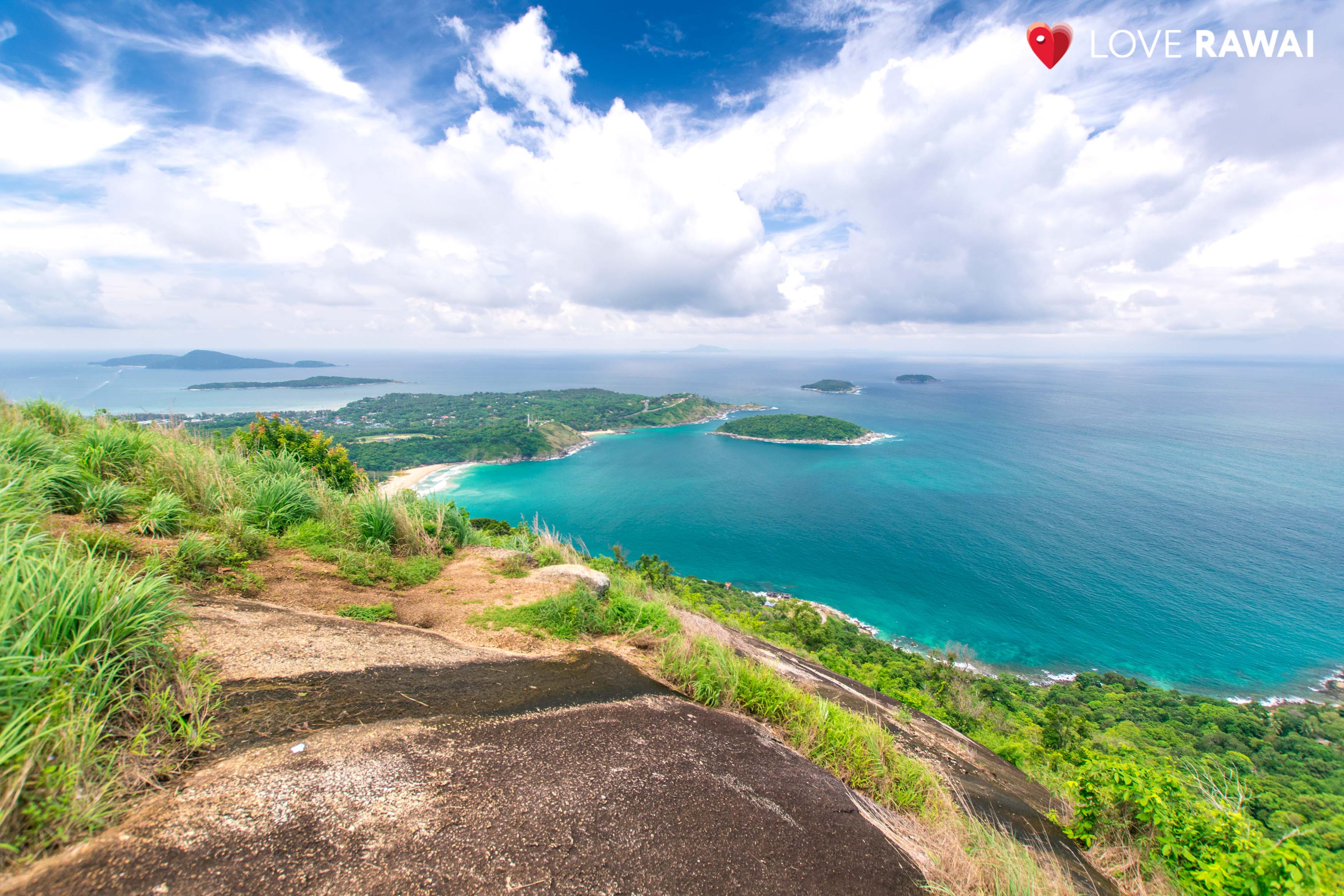 Black Rock viewpoint is located near the Karon viewpoint, on the way to Nui Beach. Unlike the other viewpoints, the road to the Black Rock it’s more complicated and will require some physical effort. To get where you need to pass by the Karon viewpoint towards the south and turn to a dirt road with the sign “Nui Beach”. Further difficult part of the road starts therefore we recommend to take a taxi, that will take you along a dirt hilly road to a black stone with the sign “Pa Hin Dum” (which means “Black Stone Forest”). Next, you need to climb the mountain on foot for about 300 meters along a small path. The Black Rock viewpoint looks like a large terrace over a cliff with a huge black granite stone. You can enjoy stunning bird’s-eye view of the Andaman Sea, Nai Harn Beach and Promthep Cape from here. 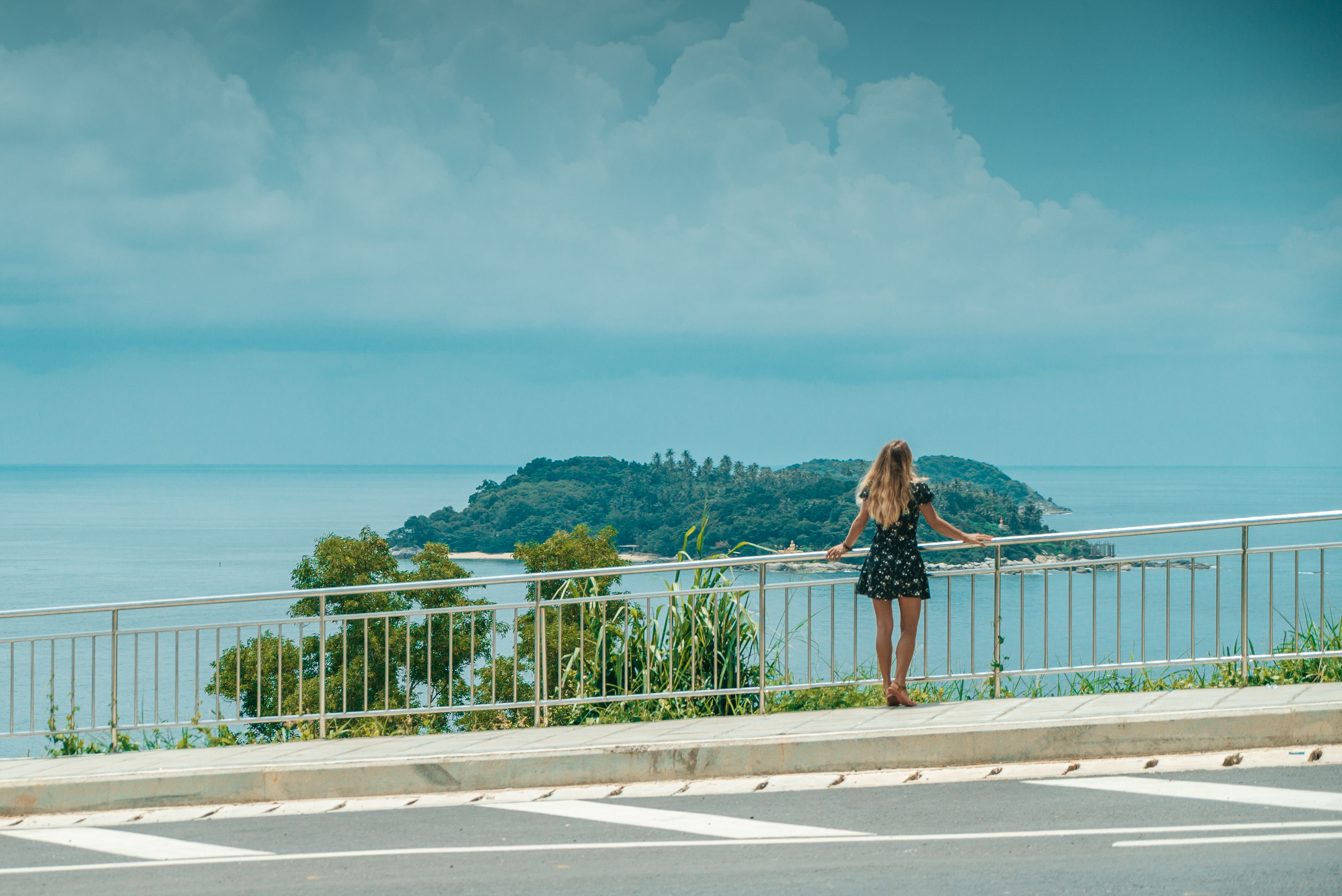 Stop at the turn of the road just before reaching the Promtep cape’s parking to enjoy the picturesque view of the heart-shaped island. The name of the island with a unique shape is Koh Kaeo. Buddhist temple with a golden Buddha statue stands on it. If you wish to get to the island, you can take a traditional Thai long-tail boat from Rawai Beach. The trip there will take just 20 minutes.

Viewpoints in Rawai — Places to visit in Phuket

There are perfect viewpoints in Rawai. If you travel in Phuket, try to visit all that places, and be sure you will be impressed!