Big Buddha Phuket — the main attraction of the island 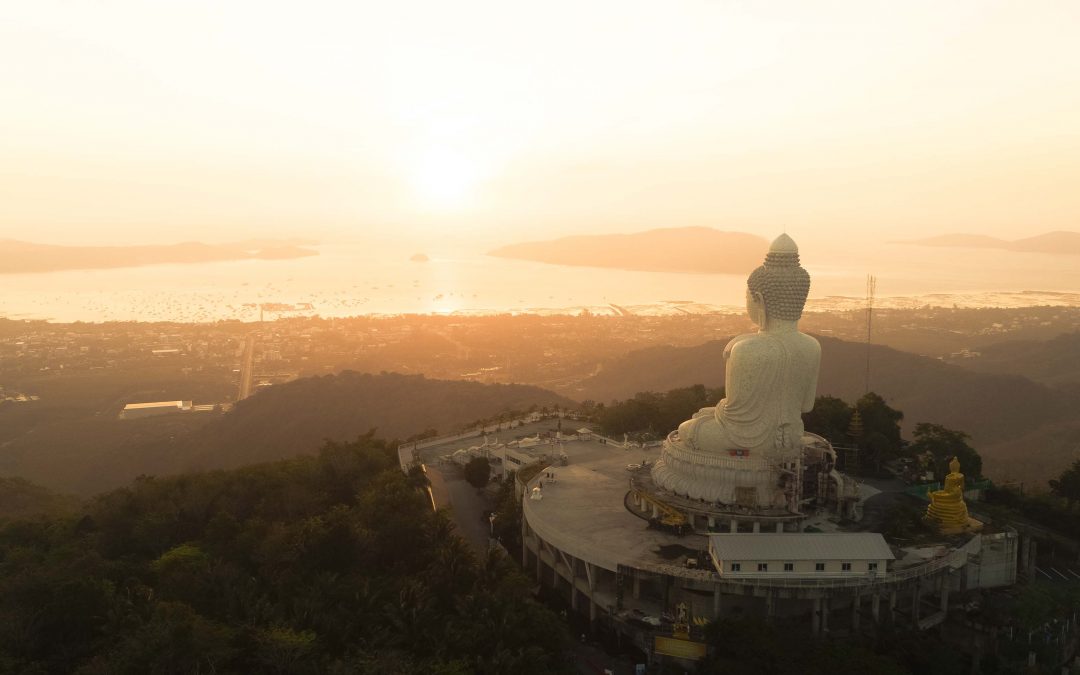 Visit the Big Buddha Phuket and feel the atmosphere of Buddhist calm and tranquility.

Big Buddha Phuket, or the Great Buddha of Phuket, is a sitting Buddha statue (Maravichai), located on the top of Nakkerd hill near Chalong. The official name of the statue is Phra Phutta Ming Mongkol Akenakiri, shortened to Ming Mongkol Buddha. Full name means Gorgeous Honorable Buddha on top of Naga Hill (Nackerd Hill). The Big Buddha is the third tallest statue in Thailand after the statues of the Great Buddha of Thailand and Luangpo Yai (Great Buddha Roy Et), it’s 45 meters high and 25.45 meters wide.

The construction of the statue began in 2002, the expansion of the foundation continued until 2015. By 2017, 80 % of the project was completed, but construction work is still in process. The statue is made of concrete and covered with Burmese white marble. The cost of building the statue is estimated at 30 million baht (about 950,000 US dollars), received mainly from donations. 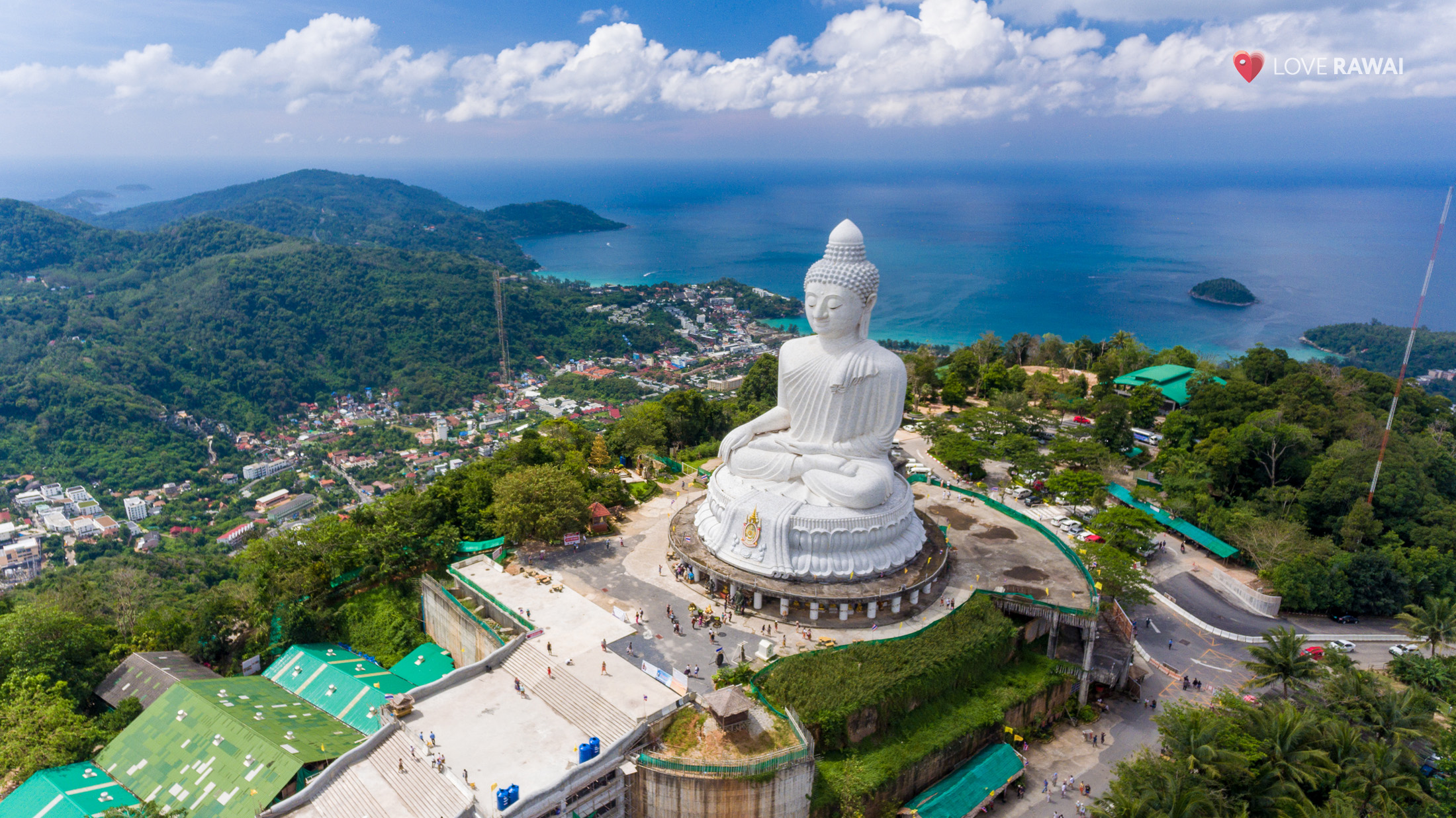 How to get to Big Buddha Phuket

It is very easy to get to Big Buddha — just follow the signs on the Chaofa West Road on the way from Chalong Circle. Once you reach the top of the hill, you will find a spacious and well-organized parking lot. Be careful while descending from the hill on the way back.

Big Buddha is a tourist attraction, but it is also a functioning temple with monks, so please do not forget to dress appropriately (knees and shoulders should be covered with clothes) and keep quiet, do not speak too loudly. Here you can buy snacks, refreshments and souvenirs, but alcohol is prohibited.

The atmosphere on top of the mountain is very pacifying: refreshing wind, fluttering of yellow Buddhist flags, sounds of small bells with soft dharma music on the background and breathtaking views of 3 bays: Chalong Bay, Kata Bay and Kata Noi Bay. 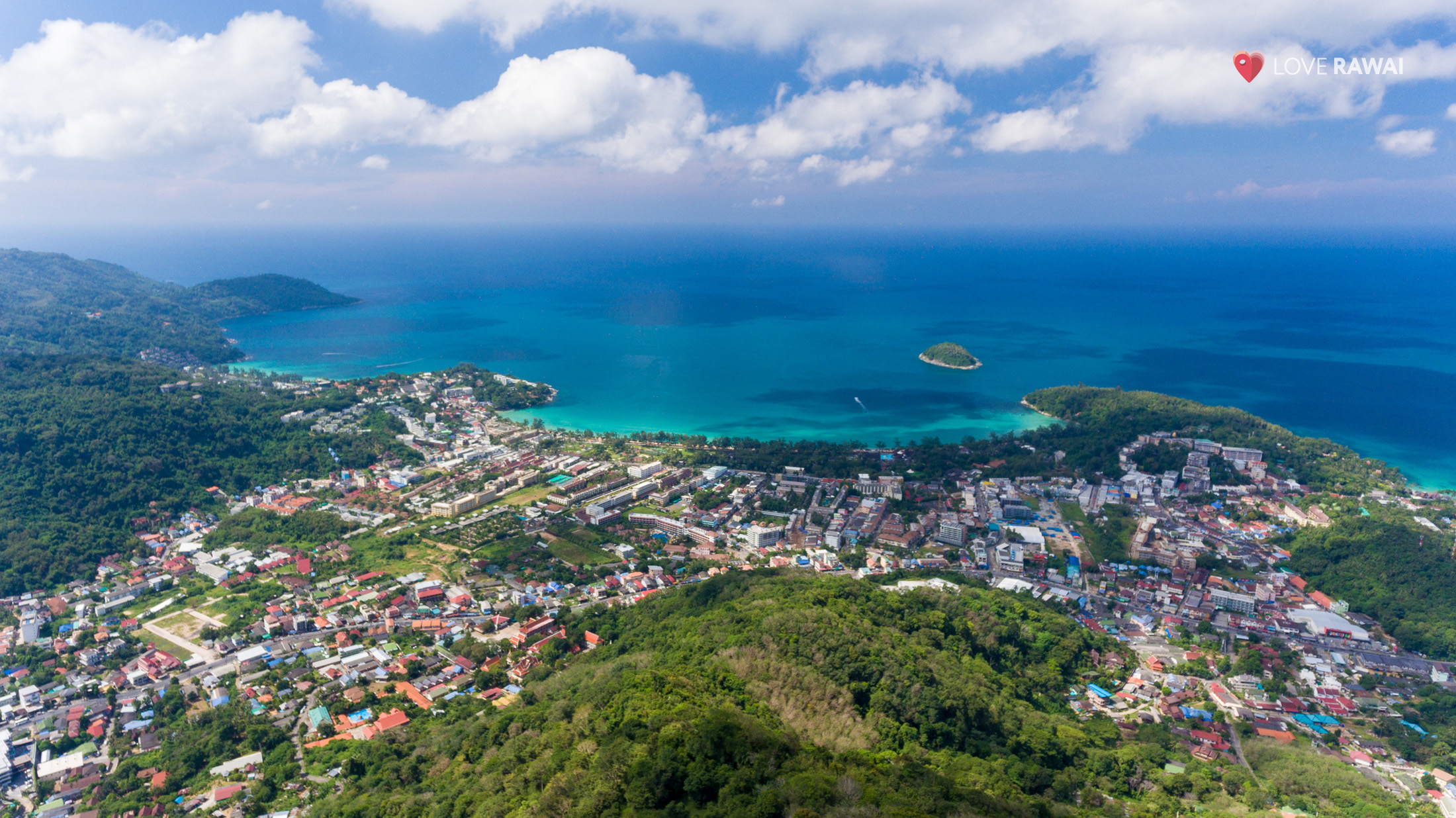 Many visitors take away with them the thread bracelet Sai-Sin for a keepsake of the Big Buddha (or even Thailand). Sai-Sin (translated from Thai means Holy Thread) is a sacred ritual when a monk ties a thread bracelet on the hand. The ritual of giving Sai-Sin is considered as a blessing from monk to the one who received the bracelet. By tying a Sai-sin, the monk is giving blessings for luck, fortune and protection from troubles, and with the power or his faith the monk strengthens the Sai-Sin energy. Some people also believe that if you make a wish at the moment when the monk is tying a knot, it will certainly come true, and your life will be forever changed to the better way. 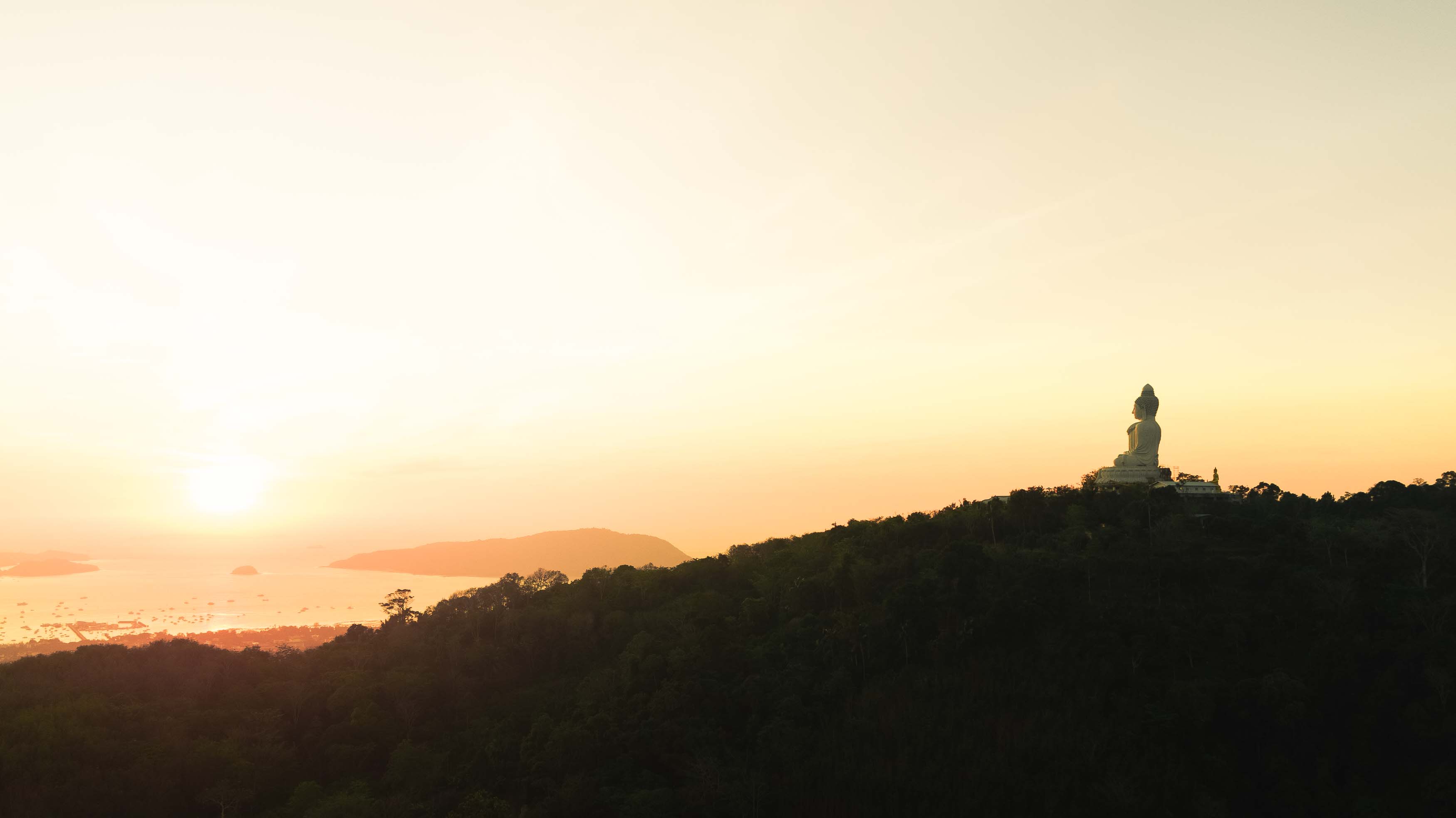 The Big Buddha statue is visible from anywhere in the southern Phuket. It remains that Buddha reached Nirvana. Historically, the Buddha was born as the son of the king, but he decided to abandon his luxurious life, and eventually became an enlightened human being who achieved the highest knowledge of the truth. If you travel in Phuket, this amazing place should be in your checklist of attractions.