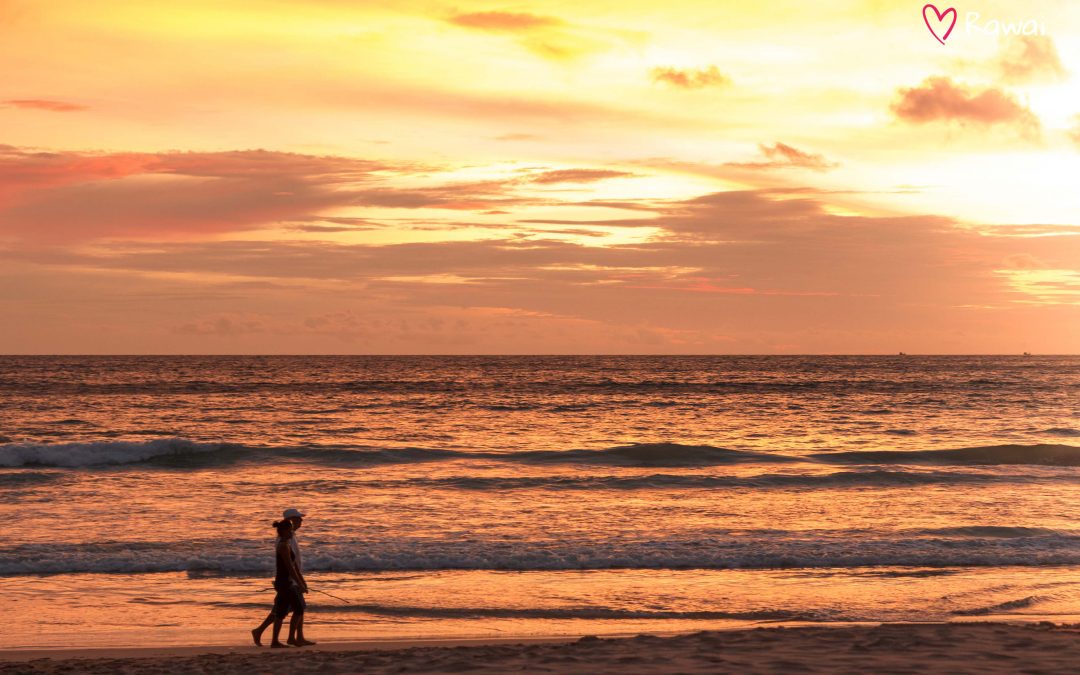 Sunsets in Thailand don’t depend of the season of the year. What to say about, if here is only one season of the year – summer!  The sun goes down over the horizon in 6 – 7 PM by local time. Exactly at this time a lot of tourists and local habitats goes to the most beautiful place to see the beautiful the end of the day.  If you are in South part of Phuket in   Rawai district so in that case to see the sunset you should chose for you most profitable locations. 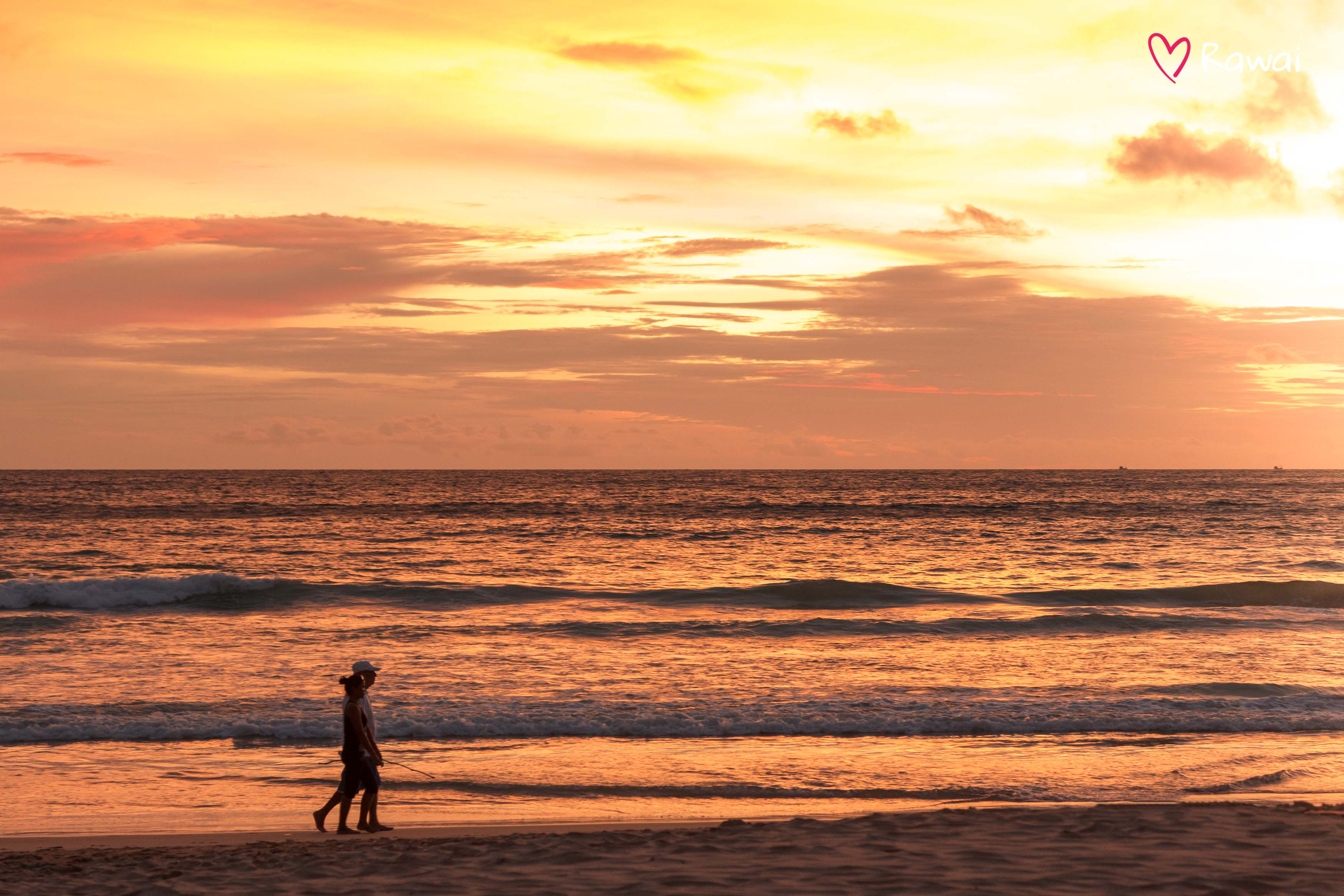 One of the symbols of Rawai district is NaiHarn beach. For you it will be the perfect combination enjoyable and useful. When it comes to evening, NaiHarn become such a good place to swim and having some nice rest at the beach. Sprawling on the sand you can languidly watch the strolling tourists, expats and locals that focus on the beach. And if you on NaiHarn in a period from the second part of September until May, you are lucky to enjoy the incredible sunsets. In another period, as a result of the trajectory of our planet’s motion, the sunset is blocked by the mountain on which the five-star The NaiHarn is located. 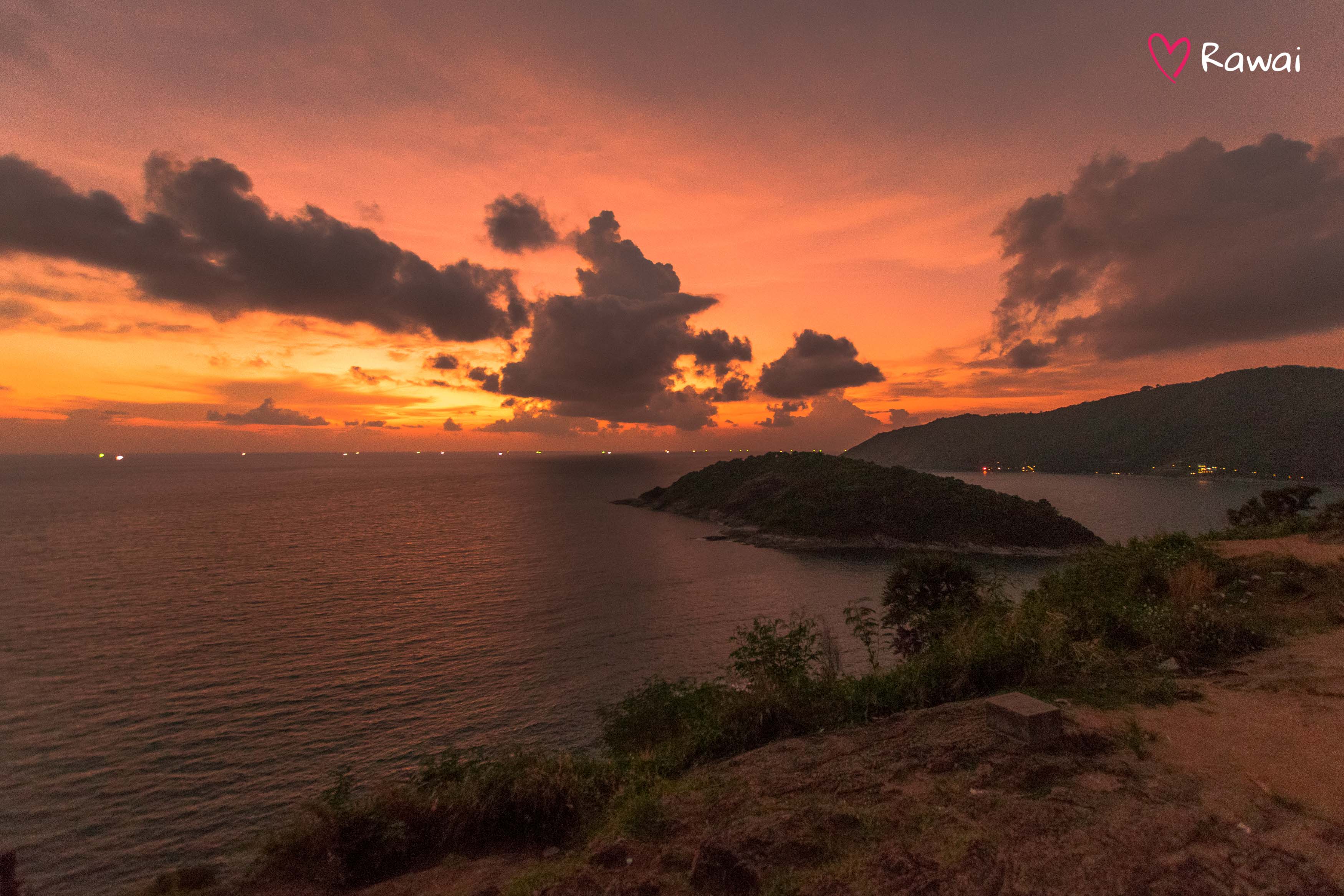 According to some reports, this observation deck is considered the best in Phuket for watching the sunset. Well, let’s leave the objectivity less statements about “better-worse”. Focusing on the fact that this place is really good. Located on the site of the shrine sets certain rules of conduct, which should be treated with particular attention.So if you want to admire the sunset puffing a cigarette and enjoying a beer, it’s better to do it in another place. The site is at a considerable height and reveals the entire natural panorama of the southern part of Phuket. The only discomfort may be the above-mentioned myth of the superiority of this platform over others. Following him here every day at sunset a significant welter begins. But anyway, there is enough space for everyone. 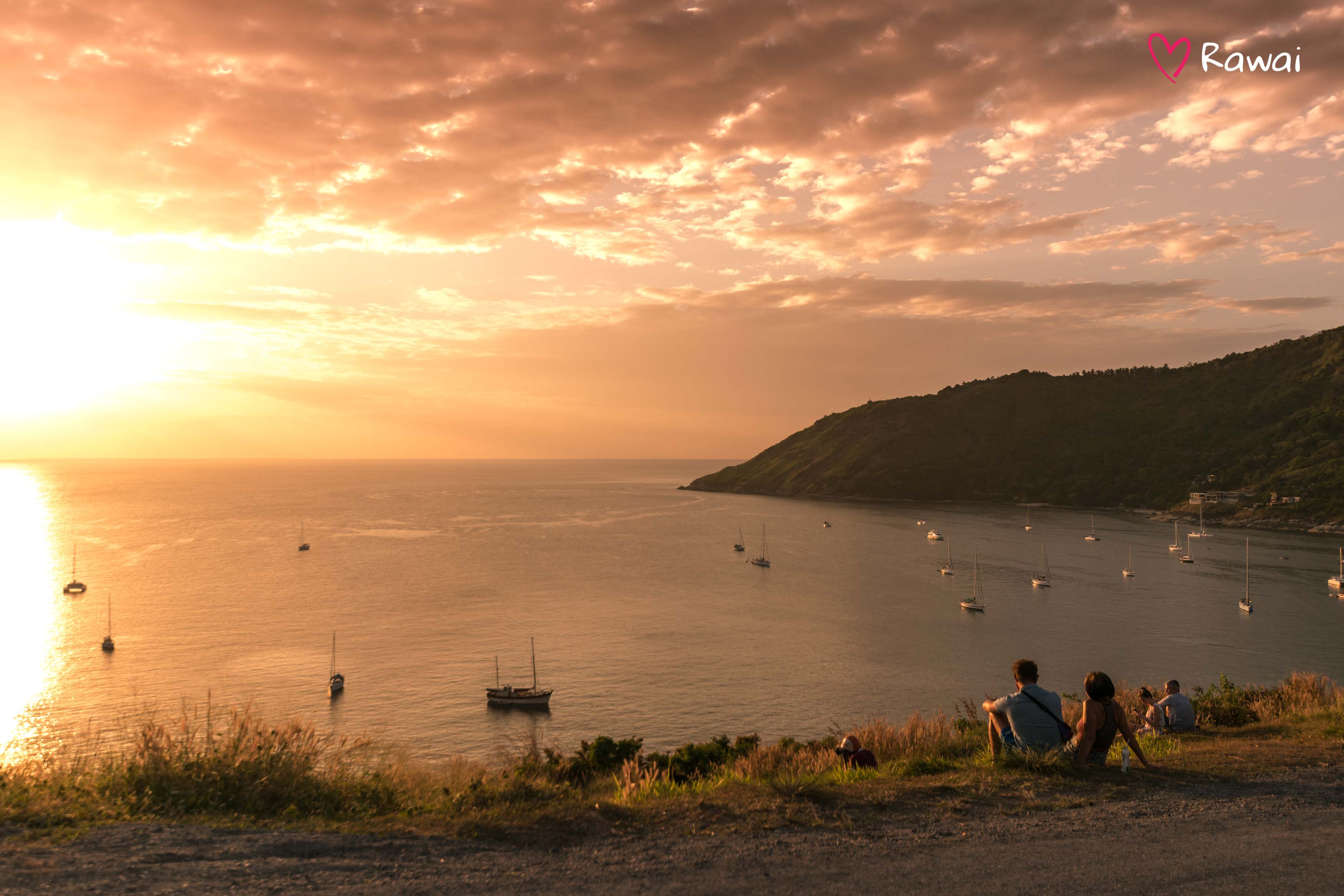 But it’s really cool here. Just 4-5 minutes’ drive from Cape Promtep there is an alternative power station. From the Windmill you can see two beaches – NaiHarn and Yanui. Whole year you can do such an amazing pictures. I`m sure that you will want to make your own collection of magnets for your refrigerator. In addition, due to a successful rose of the winds and a steep slope.. Competition is made by another circle of interests, which runs a regular air model here. In general, according to the atmosphere and mind, the Wind Turbine is confidently fighting for the title of the best sunset area. 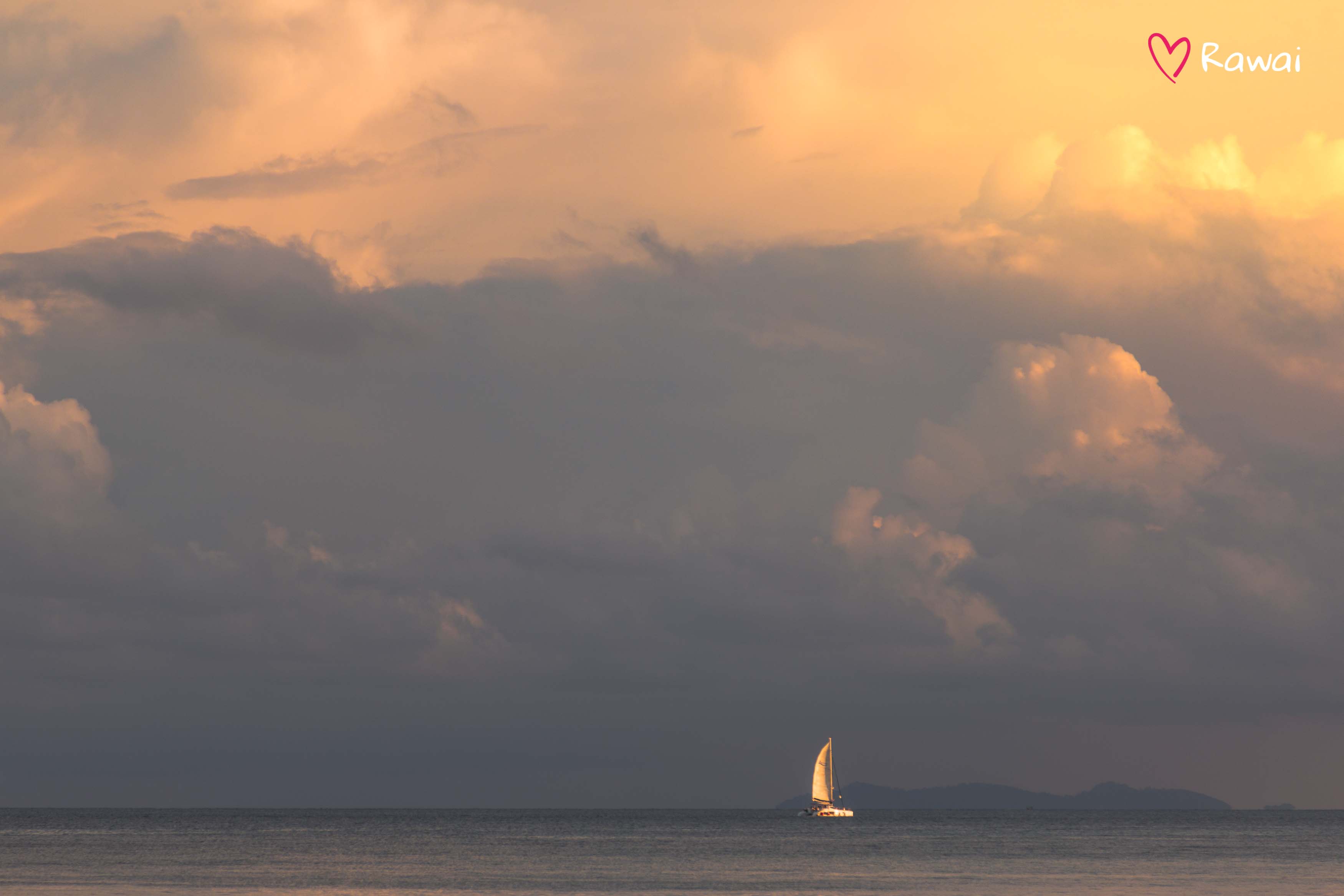 Here you will not see the classical scene of the sun dipping into the water. However, the sunset on Rawai is worth seeing because of the amazing visual effect that appears here for a short period at the end of the day. Try to choose a time when the sky will be relatively low cloud, then the whole sky becomes a real reflector of the burning sunset after the mountains, and the shades of nature will become truly unearthly.