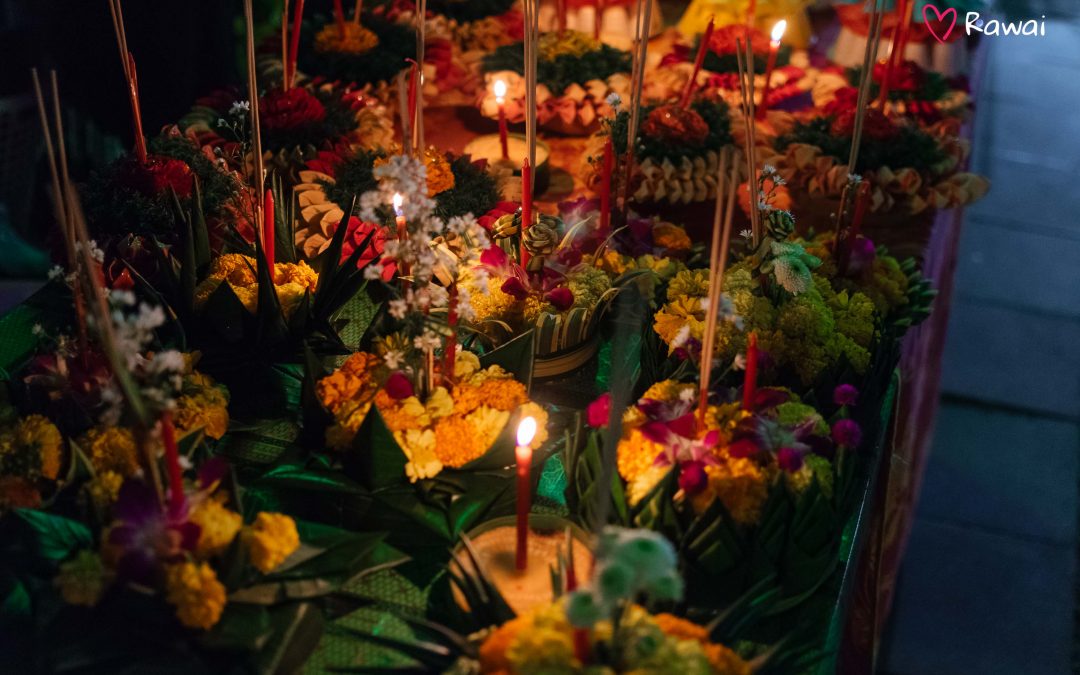 What is Loy Krathong Festival? It is the traditional day when Thai people thank and apologize the Water goddess as well as for good luck, thanking her for using her water to grow the crops and support all life year-round. On this day people say sorry for making the water dirty. People put a small decorated round raft in water as a token of gratefulness and apologies. This raft is called krathong and made of a banana tree trunk slice or bread is decorated with flowers, nicely folded banana leaves, a candle and three incense sticks on top. Krathong made from natural biodegradable materials.

Loy Krathong takes place on the evening of the full moon of the 12th month in the traditional Thai lunar calendar. Thus the exact date of the festival changes every year. In the Western calendar this usually falls in the month of November. The date of Loy Krathong 2020 is October 31.

When we hear the song “Loy Krathong Dance” that begins with “The full moon of the twelfth month The water filled the bank … ” it is a sign that Loy Krathong Day is approaching. This song is familiar to both Thai people and foreigners because this song plays on different events to present Thailand in other countries.

In all districts of Phuket there are a lot of activities on Loy Krathong day. There are food markets, beauty pageants, song festivals and much more.