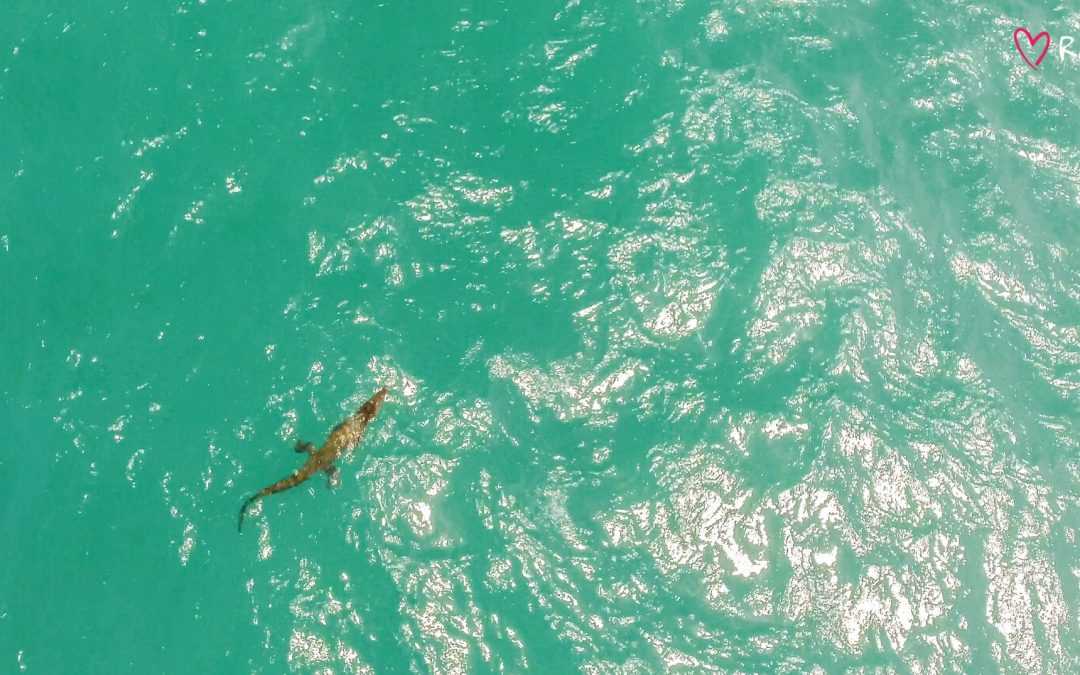 A large crocodile hit the video in the Nai Harn beach in Phuket. Predator for two days is causing fear on the southern coast of Phuket. For the search for the crocodile threw the forces of the military, the staff of the municipality of the Rawai district and emergency services. With great difficulty, our operator made a rare footage with a crocodile in the vicinity of the beach.
Early in the morning 07/19/2018 vacationers on the beach of Nai Harn noticed something strange in and so troubled sea. Having looked closely and having concentrated the look on an incomprehensible dark spot many exclaimed – the crocodile! Just 100 meters from the coastline, the crocodile was floating right into the sea, which in length reached about 3 meters. 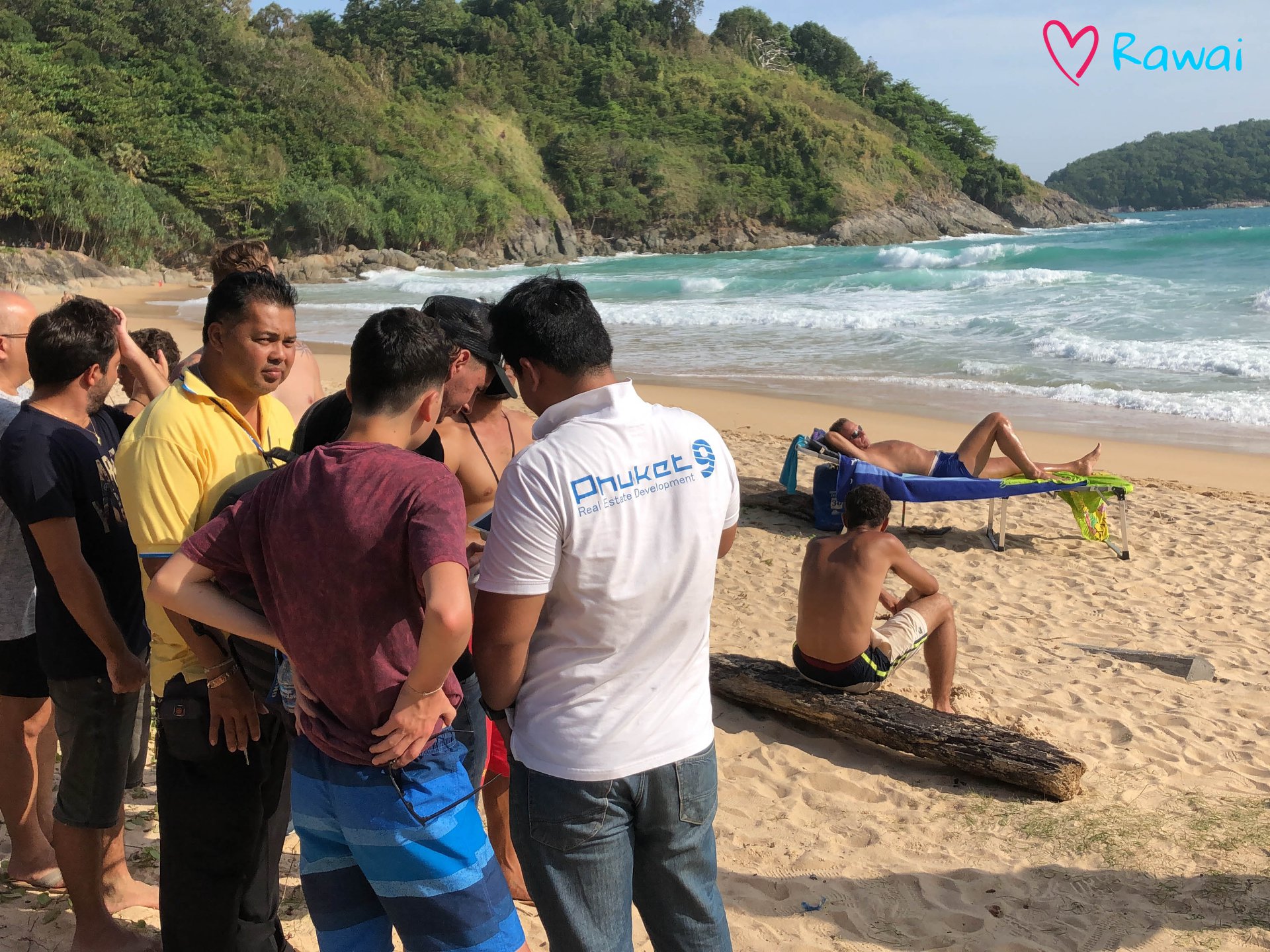 The operator of the Love Rawai project immediately went to the spot of detection. To help in capturing the predator by shooting from the air – the drone and making unique reptilian shots. Also, Navy officers, rescuers and the media were called up. During the operation, our operator was able to shoot a video. In video you can see how the crocodile slowly picks up the paws and basked in the sun. 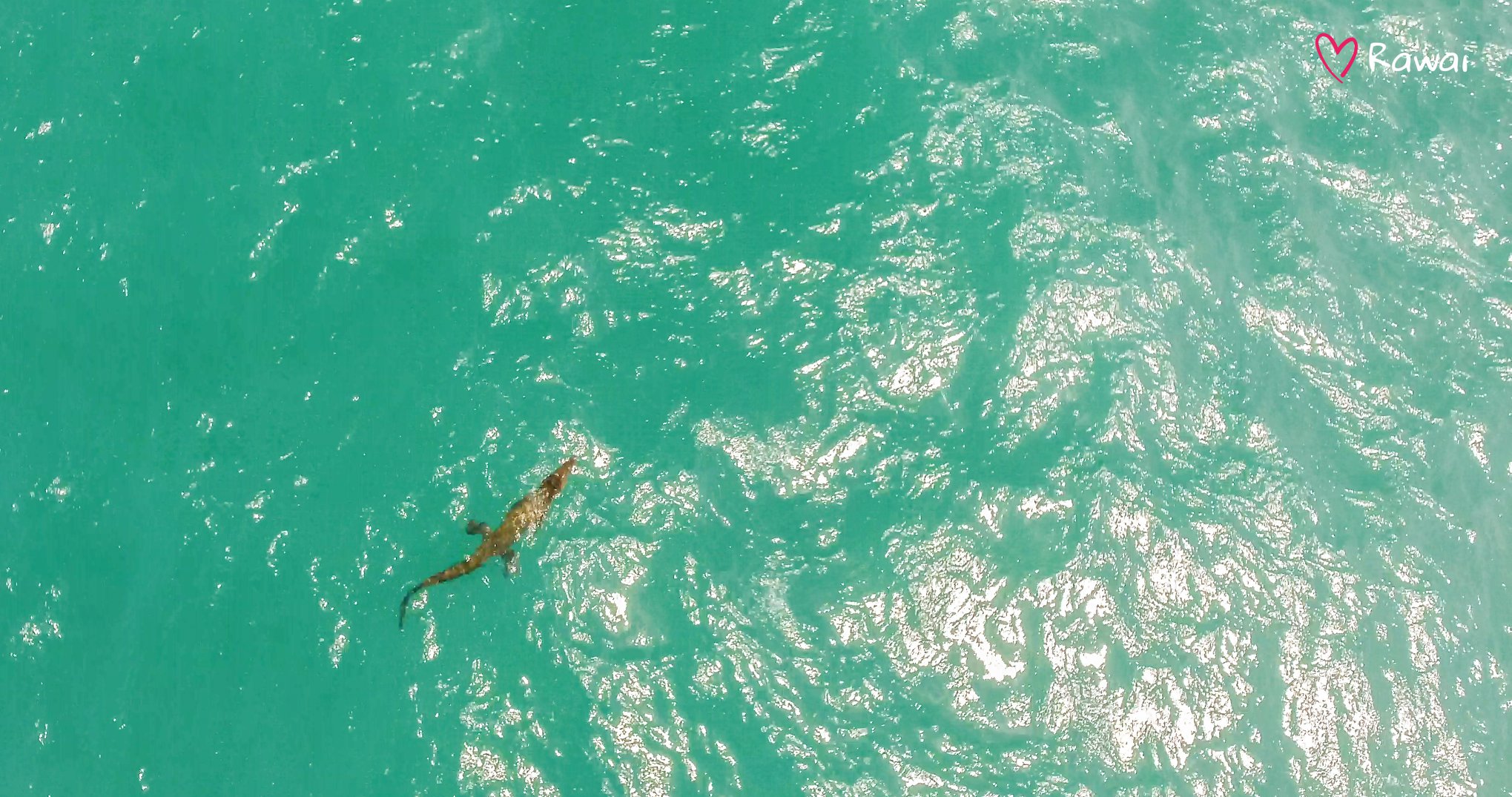 Process of capturing a crocodile on Nai Harn

The team was assembled to capture a predatory reptile. Community created a step-by-step: to find the crocodile, to lull a sleeping pill with a shot and get a predator on land, so that none of the rest would encounter him more.

In countless attempts, with two spent batteries on a drone, it was impossible to catch the crocodile. The predator cleverly hid from the catchers and fishermen. It plunging under the water for 15 minutes, and emerging only for a minute. In the evening the process of the search operation became more complicated, but the patrol didn`t stop. 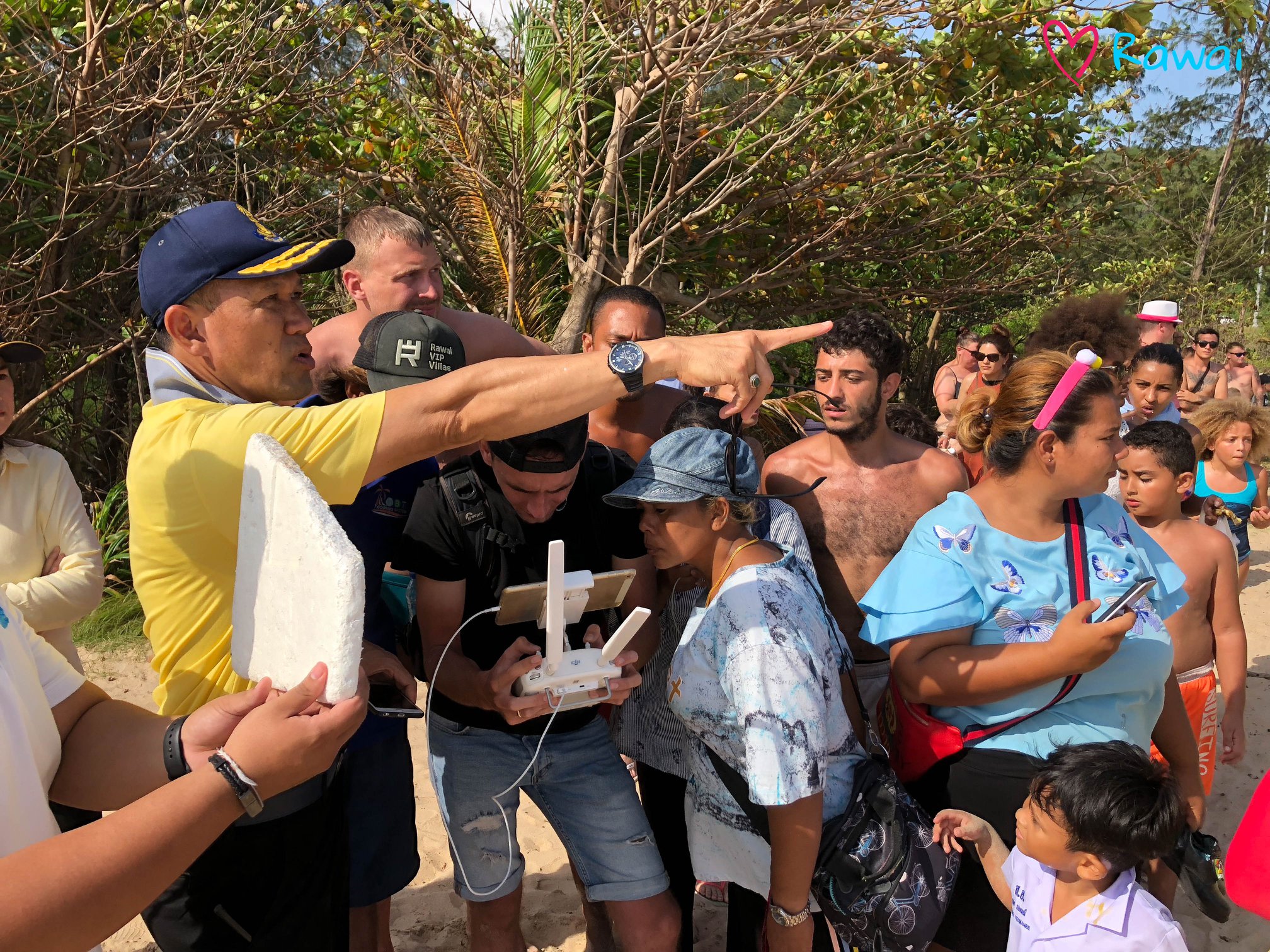 The authorities of the Rawai district are trying their best to help in the search. Also cooperating with fishermen in order to set up fishing net to catch the reptile. 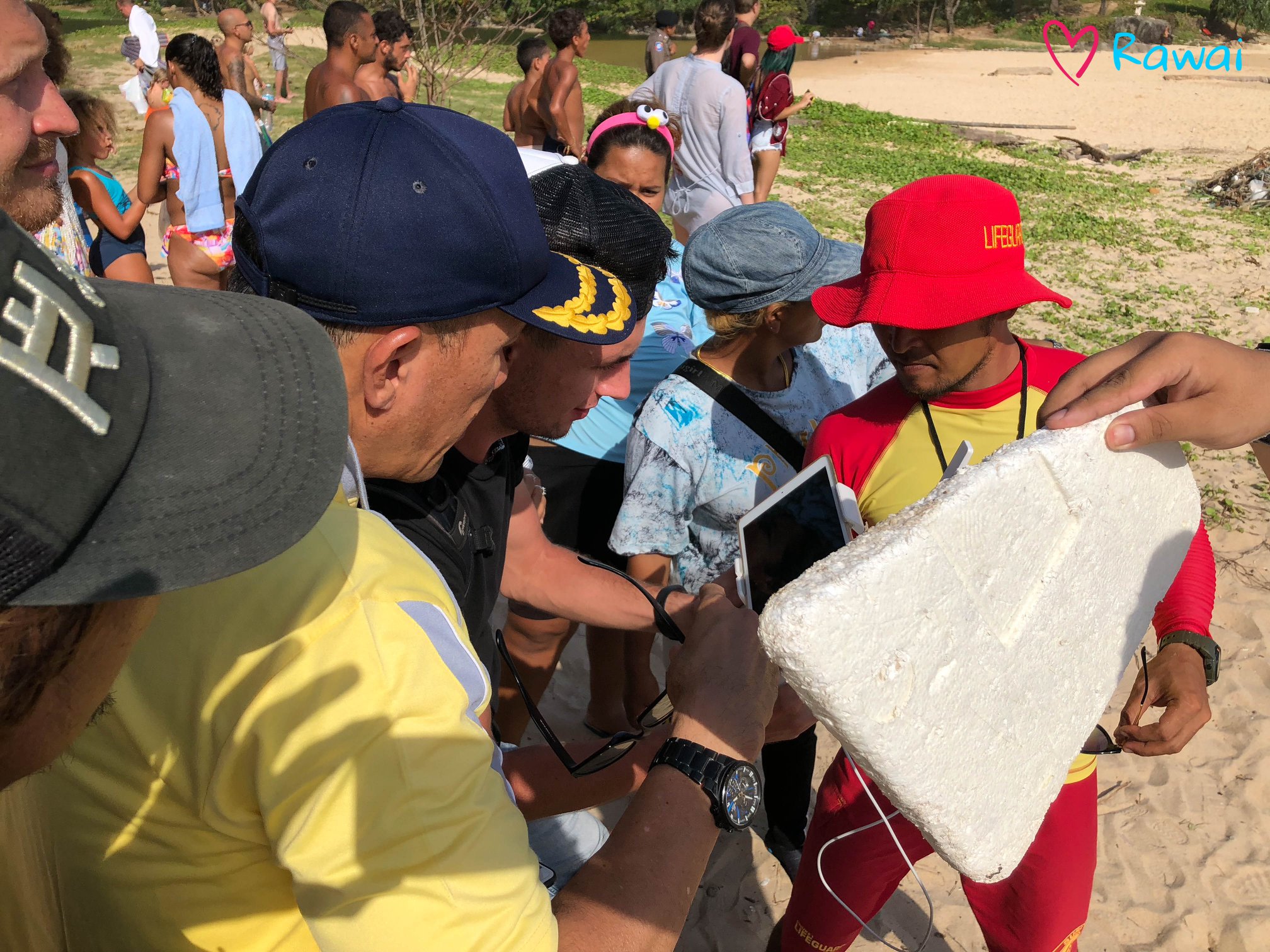 Reptiles on the beaches of Phuket is not uncommon. A few months ago in the northern part of the island near the beach of Laiyang, again caught a large reptile. The size of which exceeded three meters. To the surprise of scientists, the captured predator turned out to be an Australian marine alligator.

Approaches to catch a predator are still going on. Meantime you can see the exclusive shots taken by our operator, showing the incredible size of the animal.

See incredible video of the huge crocodile in Phuket