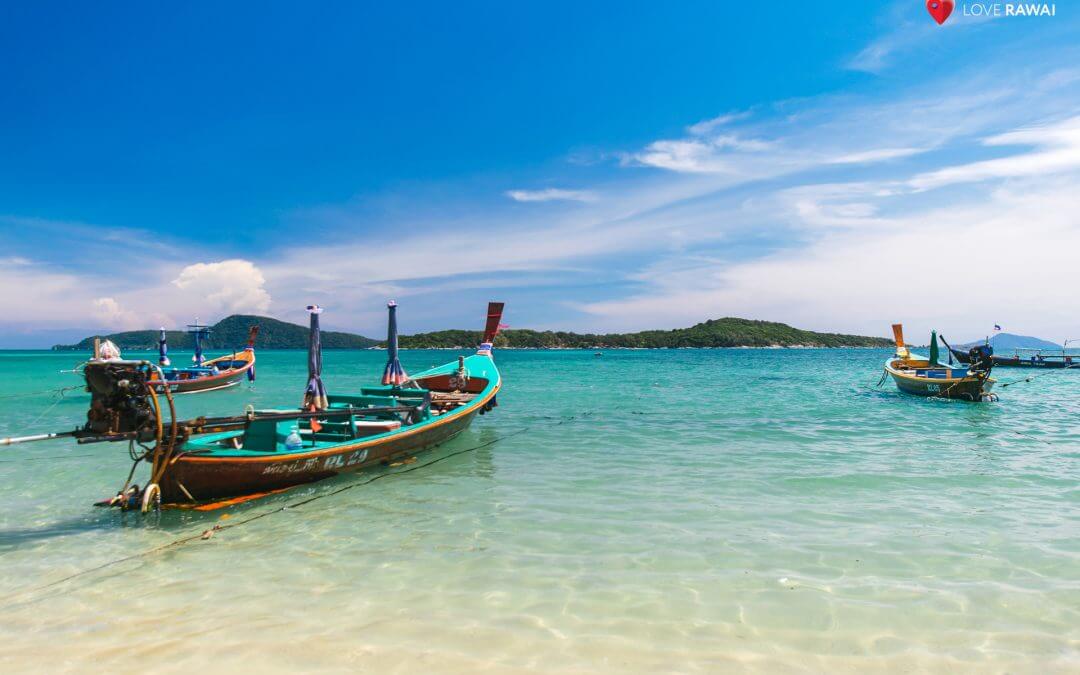 After you explored Phuket  along and across, every connoisseur of travel on the routes stand apart visiting the islands. By the way there a lot of them around.
Traditionally, after stopping by the whole family in the favourite resort of Rawai VIP Villas & Kids Park and estimating their constantly improving infrastructure, the soul asked the sea. Right on the Rawai beachfront we arranged with captain of the boat. Just on the next day for 1000 THB from one person, he promised to take us to the island Racha Yai. There is not so much information about this island. Only a few beckoning photos on the stand of the tourist tent, and enthusiastic stories of those who have already been there. 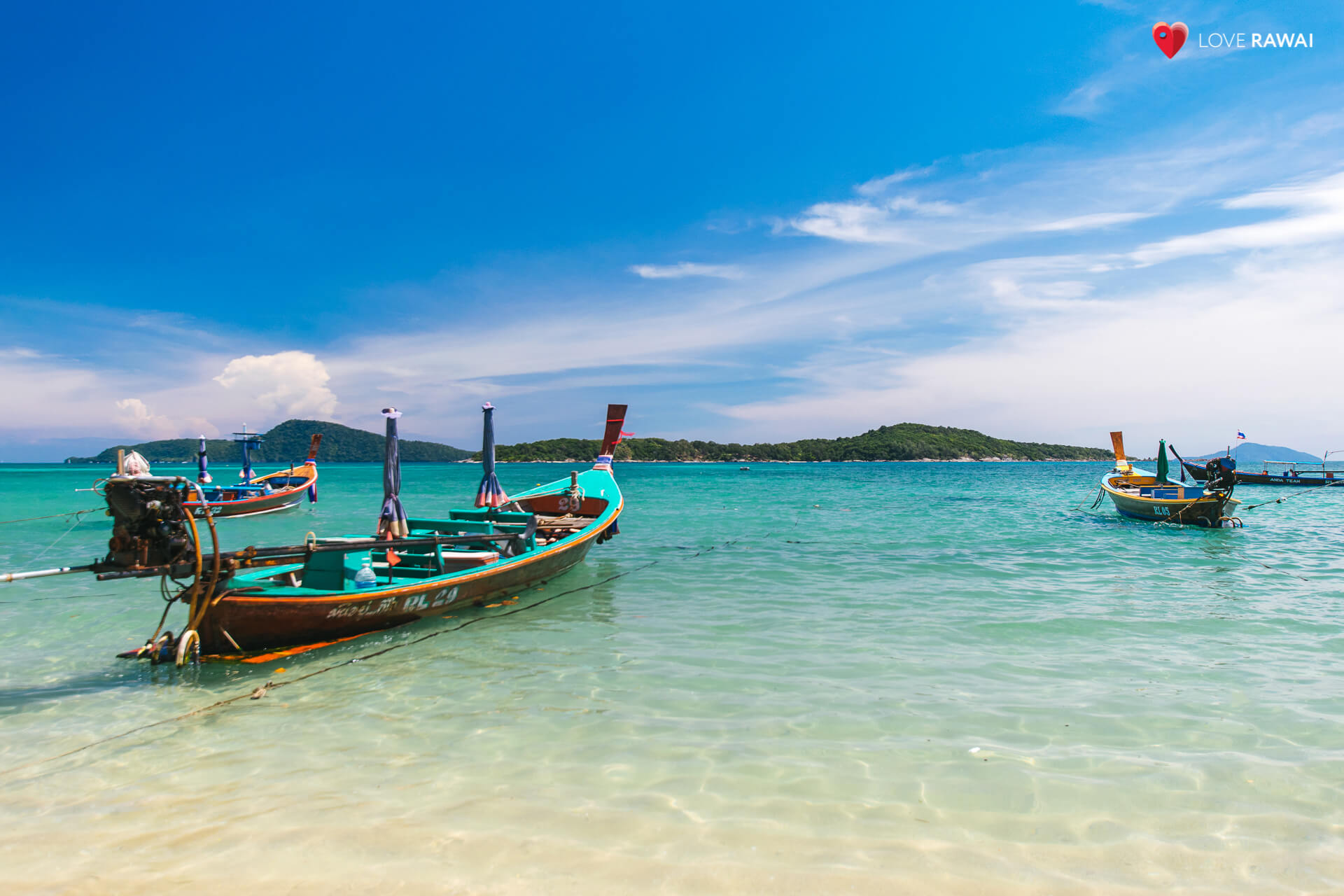 At 8 AM the boat was already waiting on the quay. We plunged on board with another dozen travellers and went out into the sea. Here is the first point of the highest aesthetic pleasure was waiting for everyone. The water in the bay was so bright and transparent. Looking out across the side of the boat, you could clearly see the underwater inhabitants that the packs were worn at the depths of 5-7 meters.The combination of white sand on the bottom, along with mineral-rich waters and dazzling sun, gave birth to the much “branded” tropical colour of water. The opening picture was breath-taking. 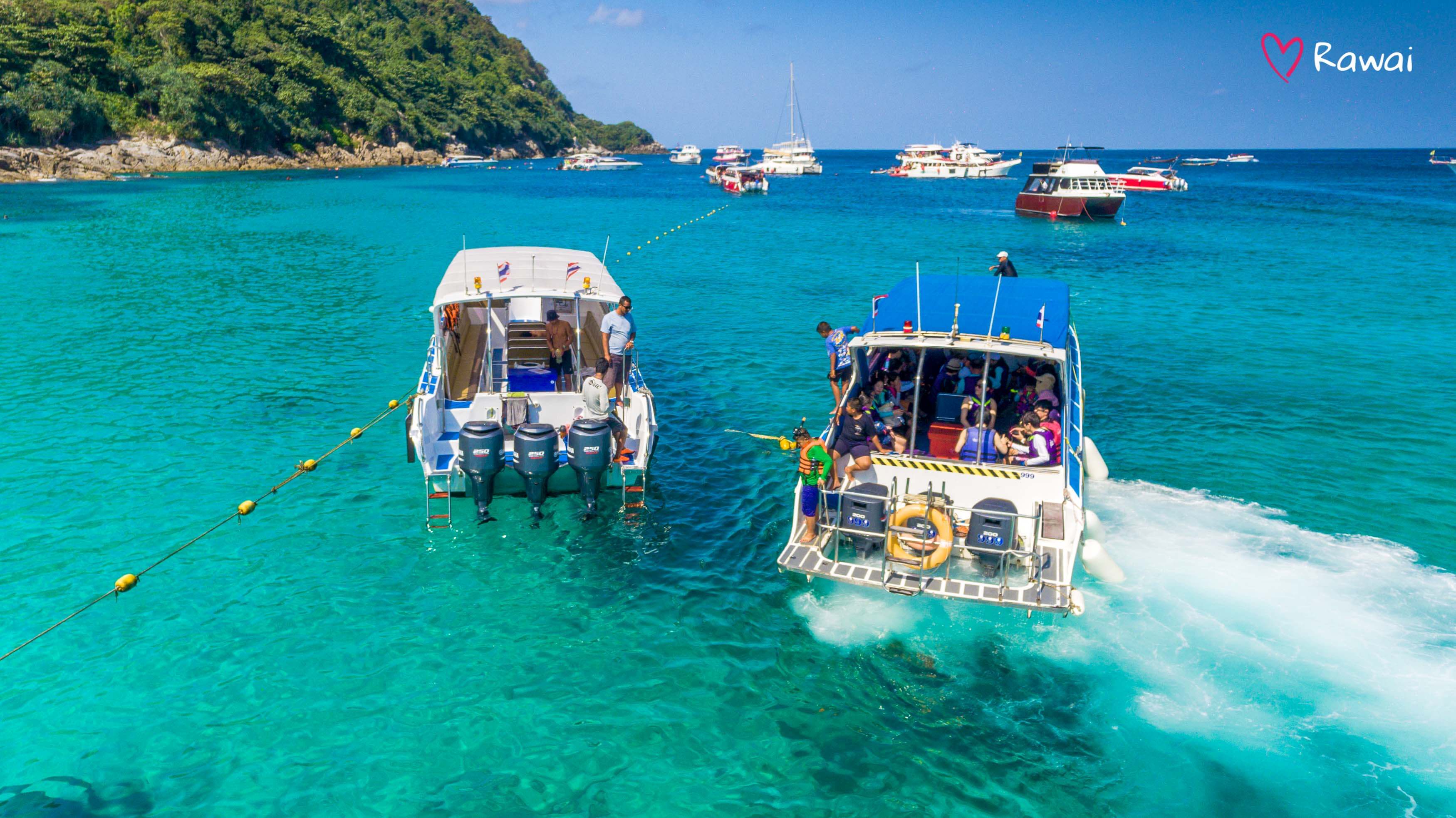 Passing by the diving ships standing in the roadstead, our captain pinned to the pontoon pier. We had set foot on the beach. The sand was so white that without the sunglasses to look at this was impossible. The consistency of sand is comparable only with first-class flour. Hiding in the shadow of overhanging palms. 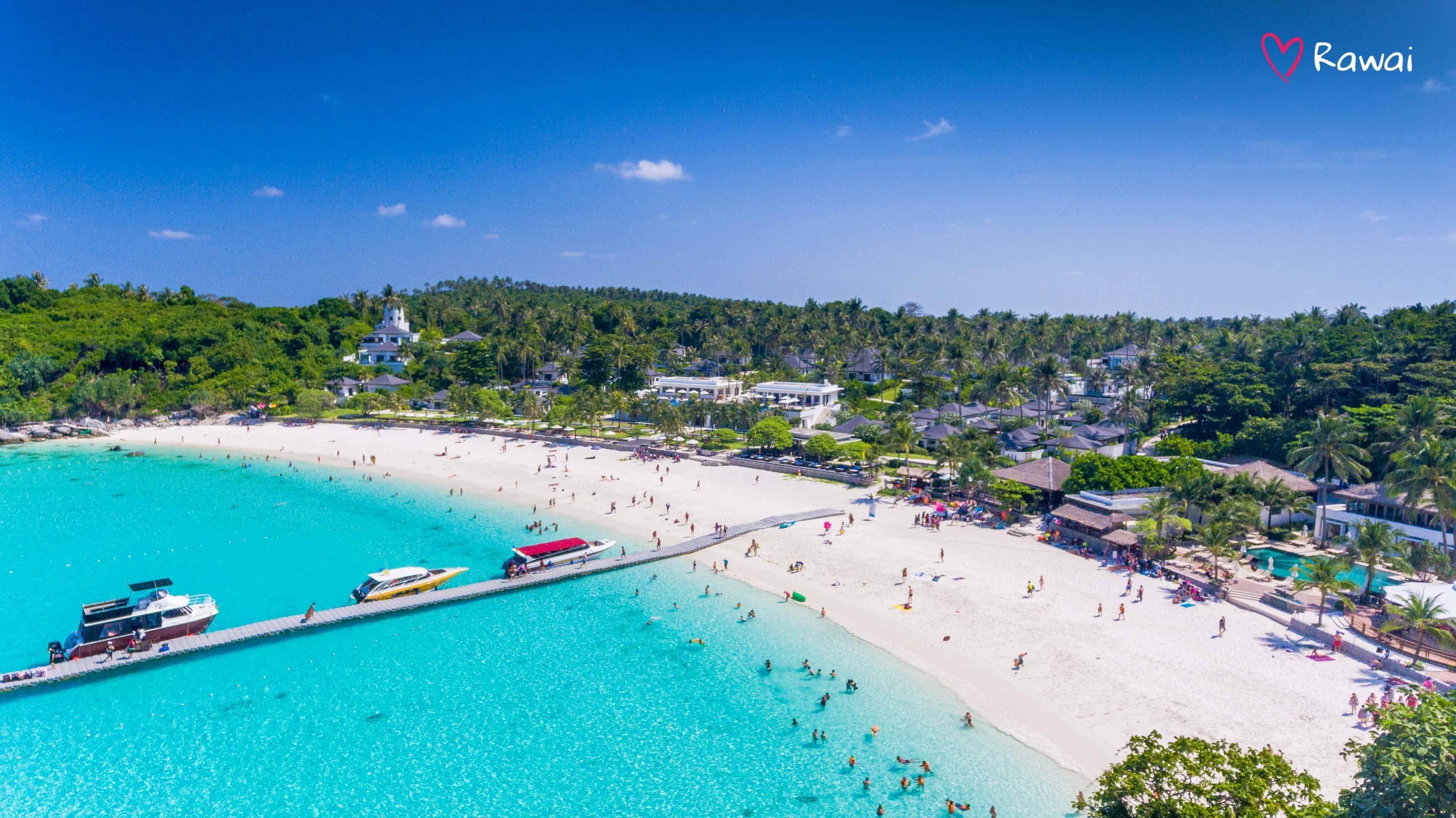 The bay itself is cliffed by rocky shores where observers at the underwater world. Full of life jackets at the foot of boulders. Swimming with a mask and snorkel in the Bay of Bangalow is so fascinating. It is only necessary to apply an over-standard layer of sunscreen to the exposed areas of the skin. 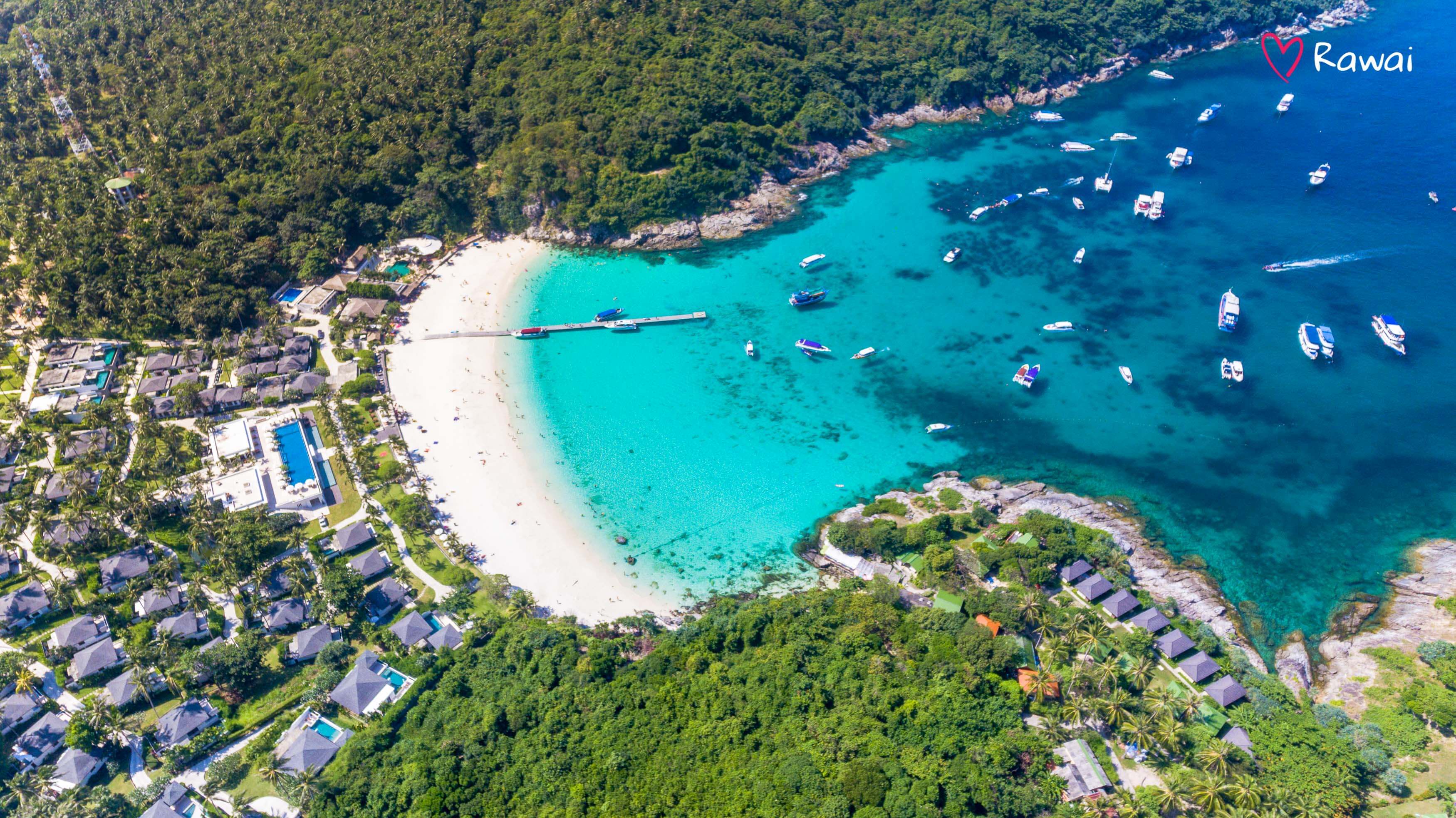 The Bay of Bangalow is adjoined by another one, Siam Bay. There is no pier. The beach is not so lively, but the water area is shallower and less suitable for swimming at low tide. 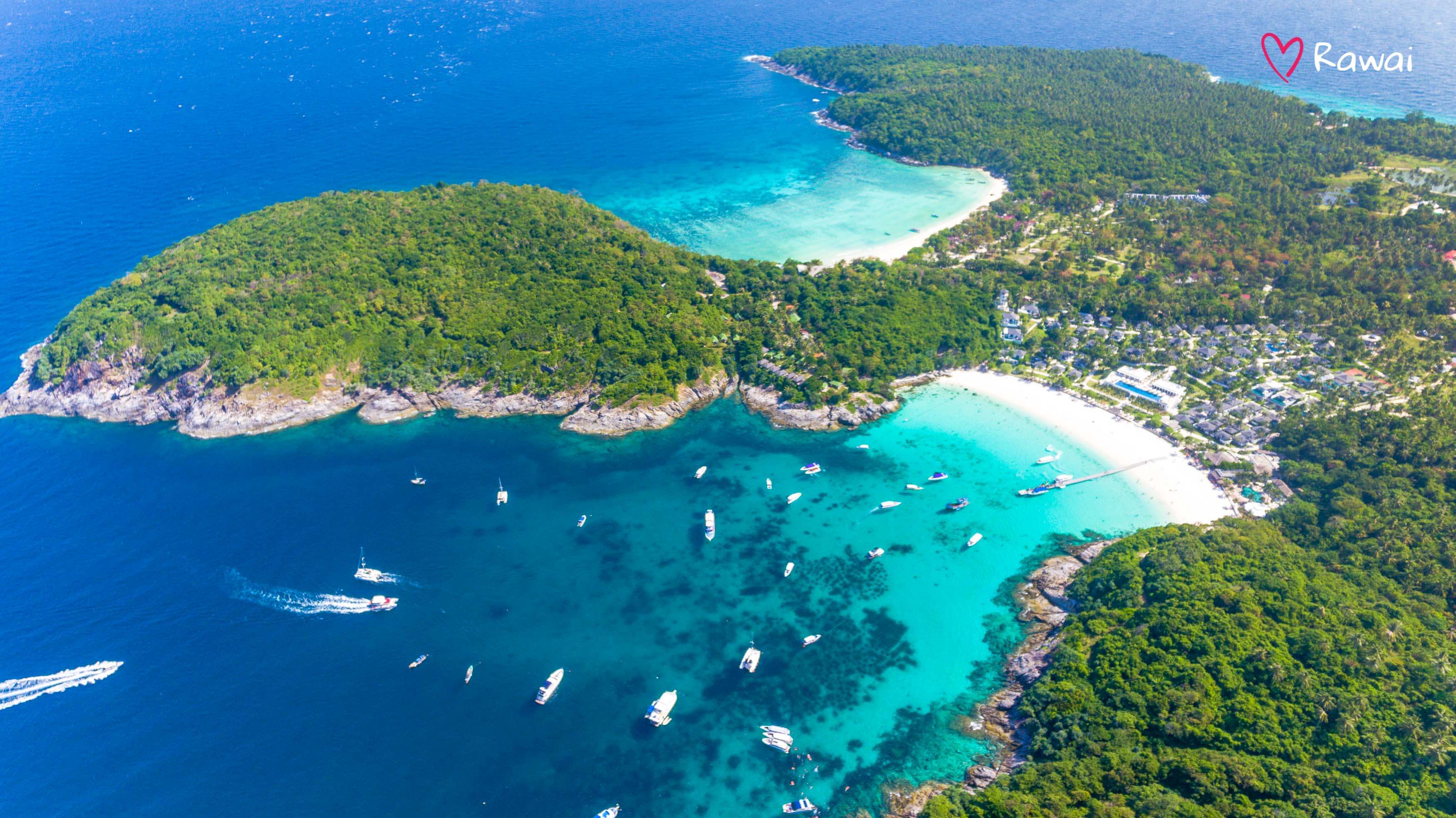 For a beach holiday in the classical sense, Racha Yai it is worth choosing the Bay of Bangalow. Here you can find literally everything you can use for replete daily residence. Fenced from the passage of boats a huge swimming area, places where you can hide from the midday sun. There is no need to be  in a crowd with thousands of tourists. 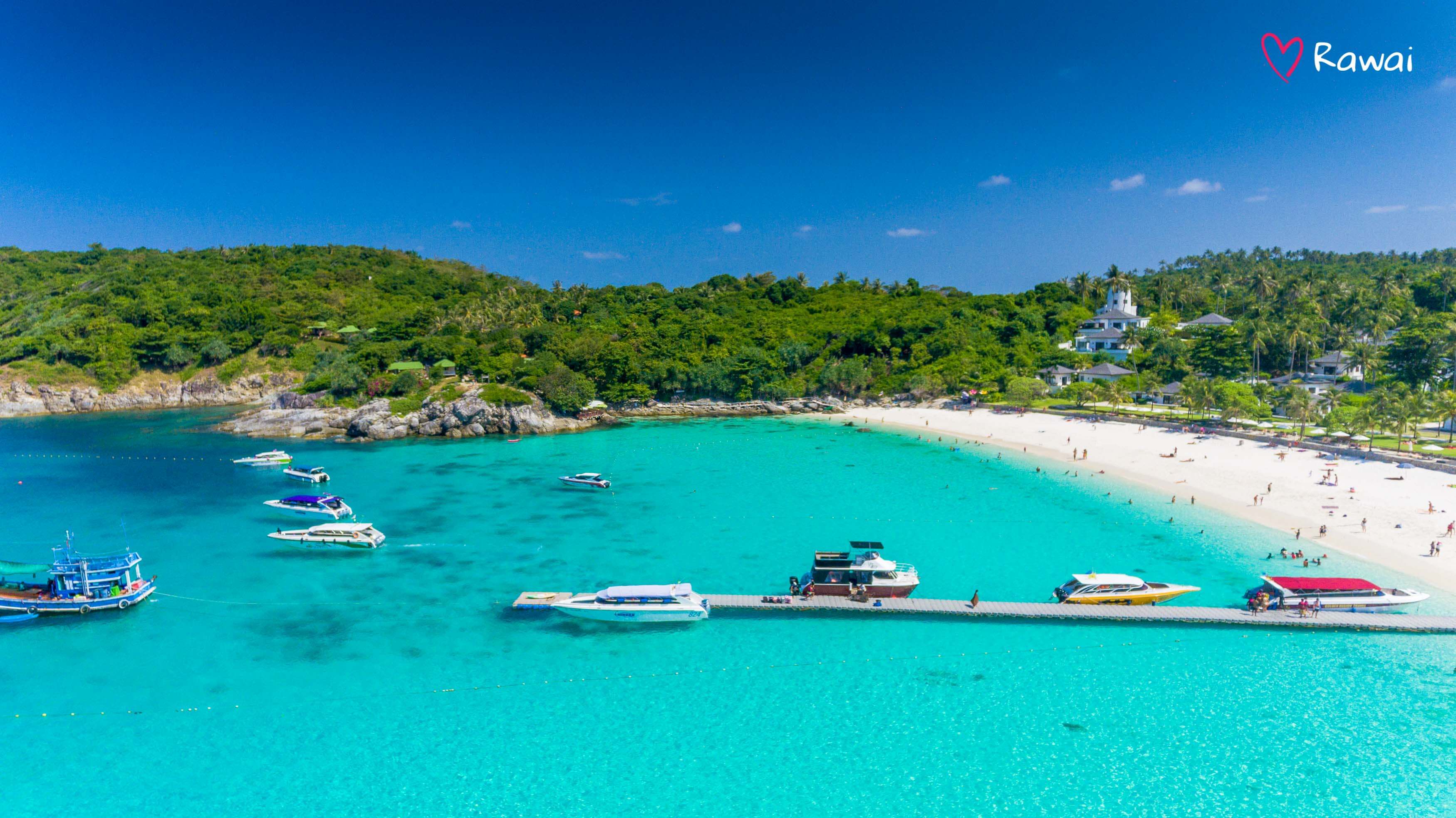 Racha Yai island — you will want to come back

After visiting Racha Island during the day excursion, you will want to return here. Even for at least a couple of nights. Sunset in the west and a gorgeous dawn in the east of the island, to spend a romantic dinner right on the beach, candlelight, watching as a few meters away from you, in water, instead of swimming tourists, gambol and play luminous plankton. 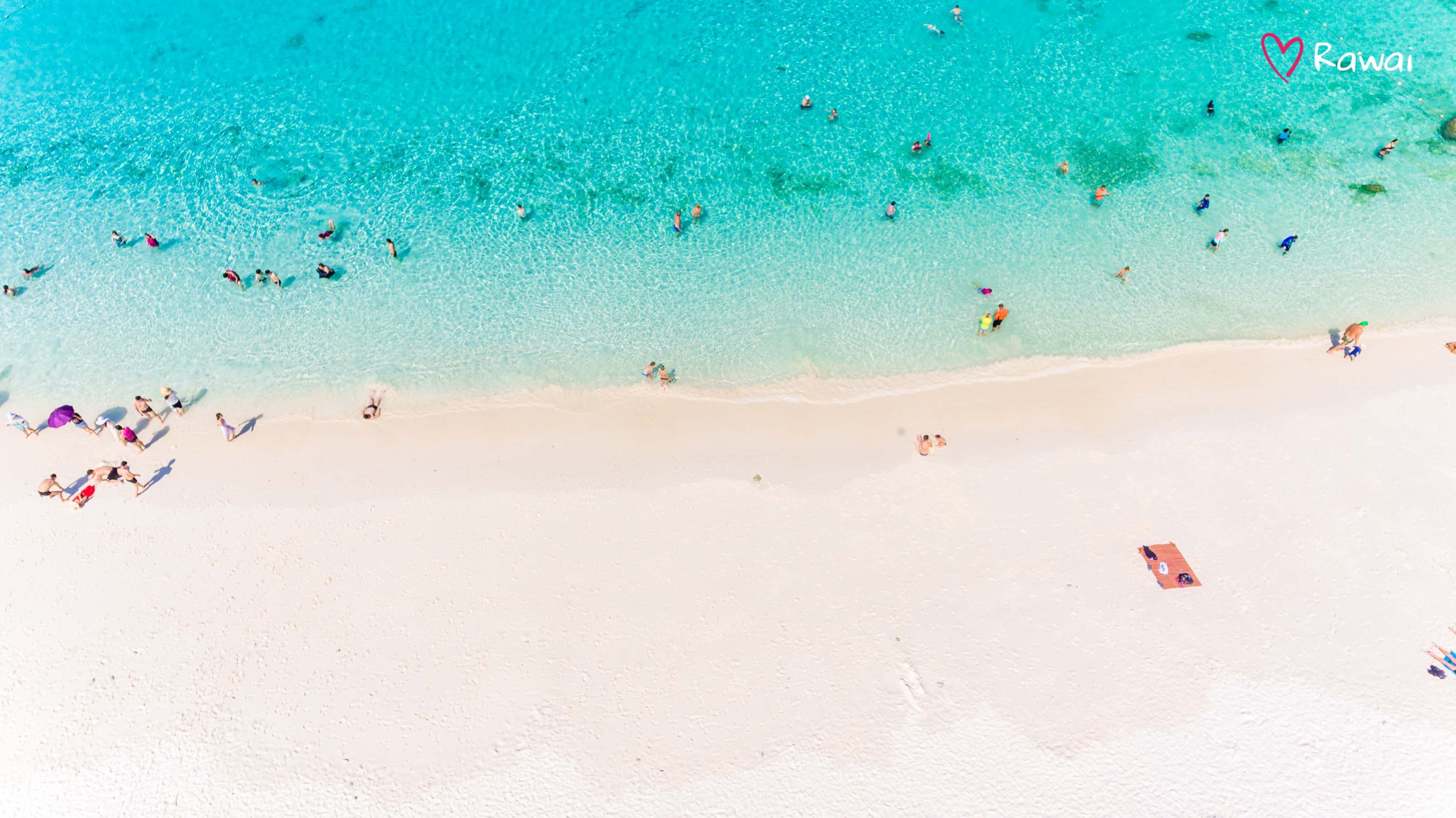